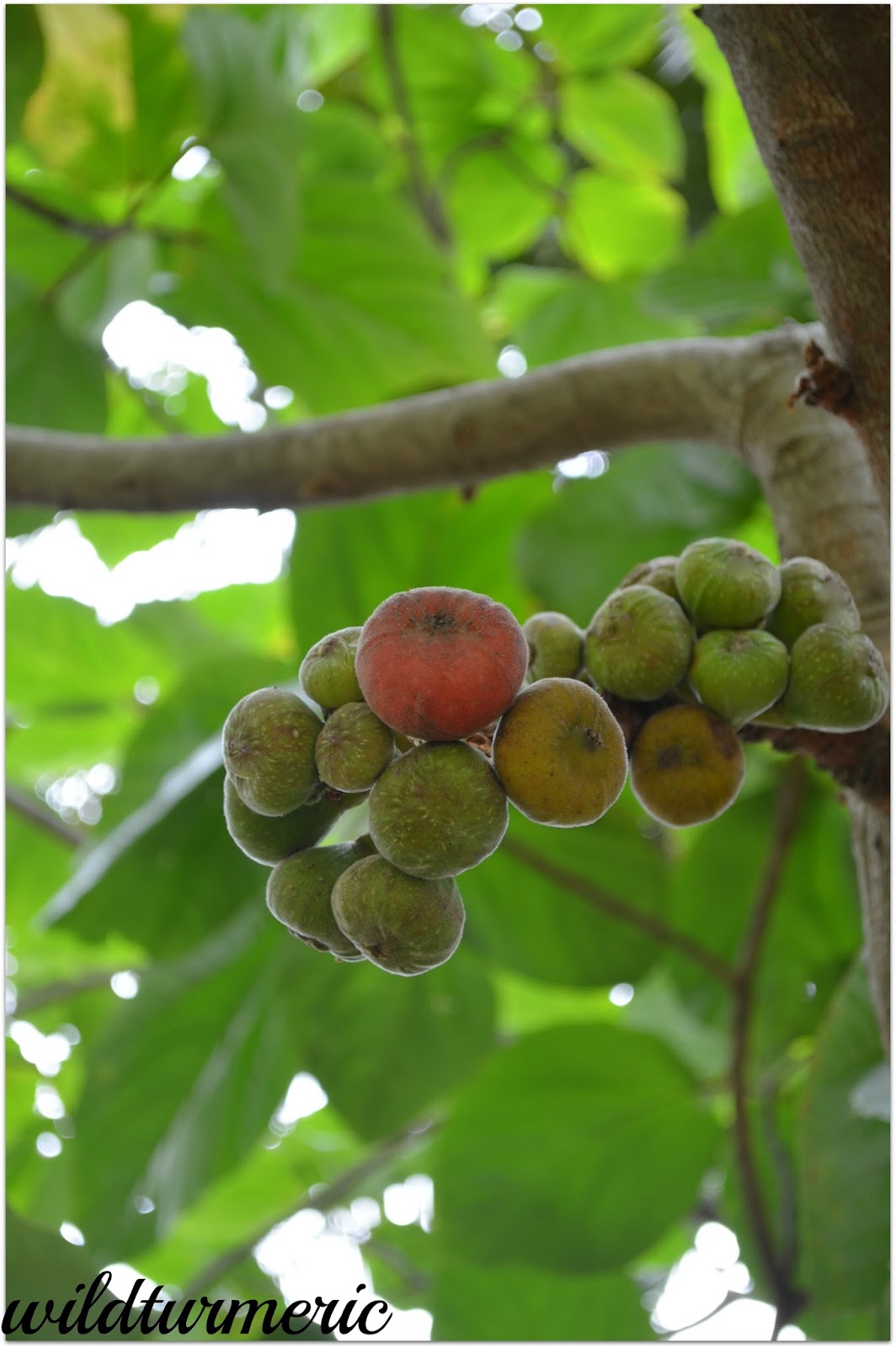 Popularly called Athipalam | Athipazham | அத்திப்பழம் | Athi Fruit in Tamil and Gular Fruit in Hindi, these fruits have amazing health benefits. In fact all parts of the athi tree has medicinal uses. Almost all of us are very familiar with regular figs (Ficus carica) we get in the markets.

But there is an Indian variety of fig tree called Gular Tree (North India) | Athipalam Tree (South India) | Udumbara (Sanskrit) that many of us are not familar off. It produces ample fruits (but much smaller) in clusters, closer to the trunk.

The botanical name of gular tree is Ficus Racemosa and it is commonly called Cluster Fig | Indian Fig | Gular Fig in English. Athipalam has been used in all 4 major branches (Ayurveda, Unanai, Homeopathy and Siddha) of medicine in India from ancient times!

This tree is medium to large sized and can be found growing throughout India, it is considered very sacred in India and is usually grown in homes and temples. You can also find this tree in evergreen forests, river banks and usually you will find it in many villages as it offers both fruits and shade.

The fruits are dull red in color when ripe and usually a single tree will produce ample fruits. The flowers are referred to gular ka phool in Hindi. Though the tree produces ample fruits, you will rarely find the fresh fruits in the markets as most of the fruits are usually infested with worms.

The fruits are called Athipazham | Athipalam in Tamil and the tree is called Athi Maram in Tamil (though ficus carica is also referred to as athipazham, ficus racemosa is the one called athi from ancient times), Gular in Hindi, Udumbar in Sanskrit, Audumbar | Umbar in Marathi, Aththi in Malayalam, Rhumbad in Konkani, Guular in Punjabi, Atti Mara in Kannada, Umbaro | Goolar in Gujarati, Dumar in Urdu, Attikka in Sinhala, Dumur in Bengali, Dumri in Nepali and Dimri in Oriya.

Athipalam is very high in vitamin B2, iron, copper, potassium and magnesium. We have a huge athipalam tree in our farm that produces ample fruits, it is wonderful to look at the cluster of ripe red fruits hanging from the tree. According to Ayurveda, athipalam promotes physical strength and is a body coolant.

Almost all parts of the tree including bark, fruits, latex are generally used for medicinal purposes but the bark followed by fruits are the most used parts. The leaves and bark are also used in spiritual practices, the bark is used in homam fire.

Both the stem bark and the fruit has hypolipidemic properties. If you are suffering from high cholesterol, try including this fruit in the diet regularly. The above study proves this claim too.

Athipalam has been used externally for treating skin diseases from ancient times, this is due to it’s wonderful anti bacterial and anti fingal properties. You can read the study that proves it here, it also has antioxidant and cytotoxic properties too.

Almost all the parts of the tree including the roots, leaves, stem and the fruits have wound healing properties, this is the reason that the decoction of anyone part of the tree is used popularly for treating wounds. You can read the wound healing activity of the leaf extract here.

Athipalam bark decoction is one of the best home remedies that has been popularly used in village sides for treating diarrhea. Even the leaves possess antidiarrheal properties.

Since the fruits are high in iron, people who are suffering from anemia will greatly benefits from eating the fruits regularly.

Both athipalam fruits and the leaf extract possess anti ulcer properties, if you are suffering from gastric ulcers, try consuming athipalam regularly, you can read the study that proves this use here.

The bark extract has both fever reducing and pain relieving property, a cup of the water decoction of the athipalam bark will greatly relieve pain and inflammation. They also relieve one of burning sensation.

Athipalam extracts also possess strong antioxidant and anti cancer properties. Since we can find this athipalam tree all over India, I would kindly suggest getting to know and using this wonderful tree at home. I have given different ways to use it at home below.

Athipalam have a very cooling effect on the body so people with sinus problems should be careful while consuming large amounts of the fruit. It also reduces blood sugar levels so diabetic patients should monitor their blood sugar levels closely when consuming it regularly…

a. The leaf decoction has anti bacterial properties and has wonderful wound healing properties. For making the decoction, tear the leaves into pieces and boil in water till the color changes. 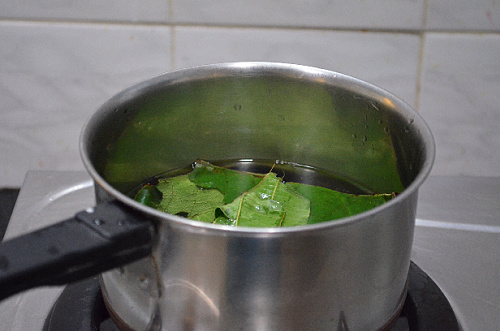 b. Strain and use the water to wash the wounds… 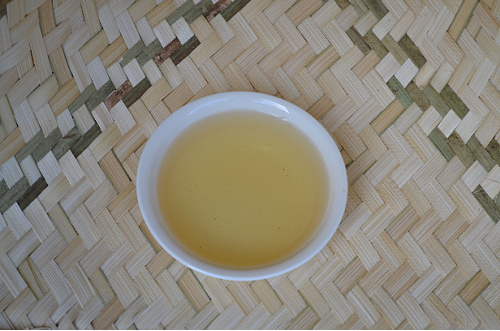 The fresh fruit drink is very very good for relieving fatigue, improving immunity and general strength. For the drink, collect fresh ripe athipalam fruits. Cut in half and check for any insects and then grind it together with milk and honey. A wonderful drink for children… 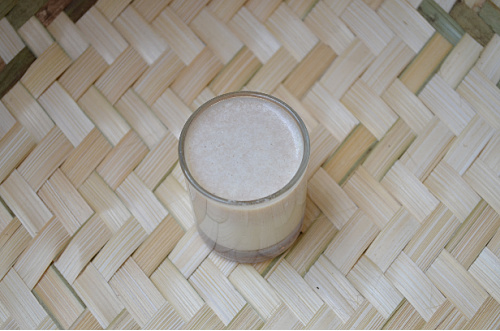 Athipalam tree bark decoction has multiple uses as it has the most medicinal uses. This decoction can be used as a gargle for sore throat, reduces blood sugar levels, is a good remedy for dyesentry and fever, reduces inflammations and pain!

For the decoction take a small bark of athipalam tree and boil it in water and strain. Usually the dosage is around 2 to 3 tbsp of the decoction. The bark can also be rubbed on a sandalwood stone along with little water and applied for treating mosquito bites and skin problems like acne and freckles. 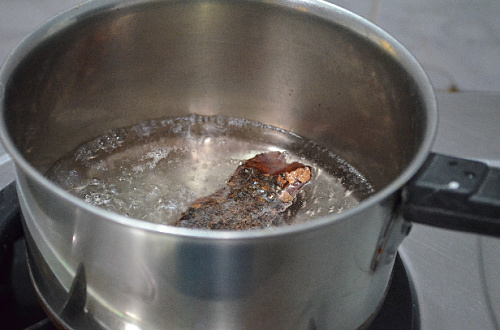 a. Unripe athipalam fruits are usually pickled and they are used in gravies but this practice is slowly diminishing, I would kindly suggest not giving up on these old traditions. This pachadi has a cooling effect on the body and is perfect for hot summers.

It is also very very good for the stomach especially people suffering from gastric ulcers will benefits from it. For the pachadi, take fully developed but unripe athipalam fruits, don’t use too unripe fruits, they won’t taste good. Cut the fruit in half and then into quarters. 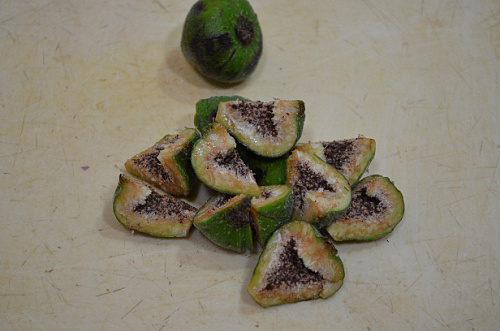 b. Check for insects and remove the inner fibrous part with a sharp knife. 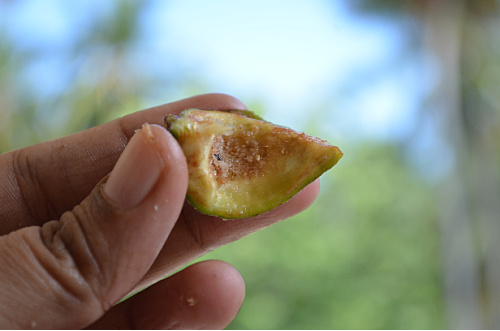 c. Boil in water till they turn soft. 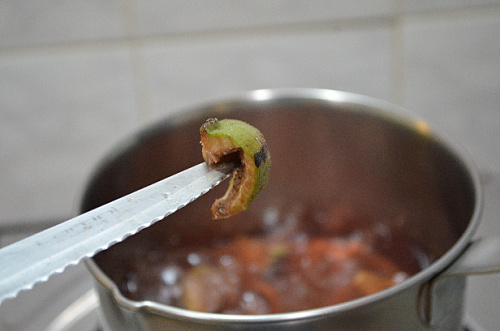 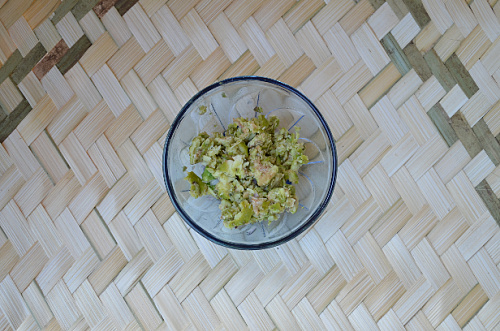 e. Add finely cut shallots, green chilies, salt and thick homemade curd and mix well.  You can also add tadka to the pachadi. For the tadka, heat little oil in a small pan, once hot add mustard and once it splutters add curry leaves and then add to the pachadi. Have this pachadi along with rice in summers…. 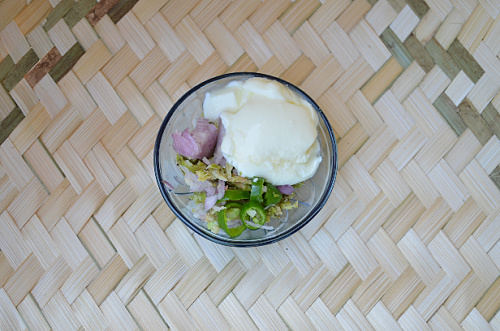 If you break the leaves or the fruits a milky latex will flow out, the latex can be used for treating wounds and boils. 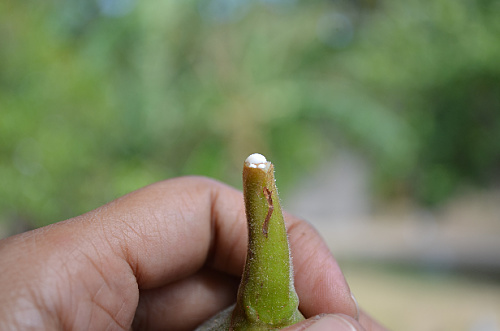