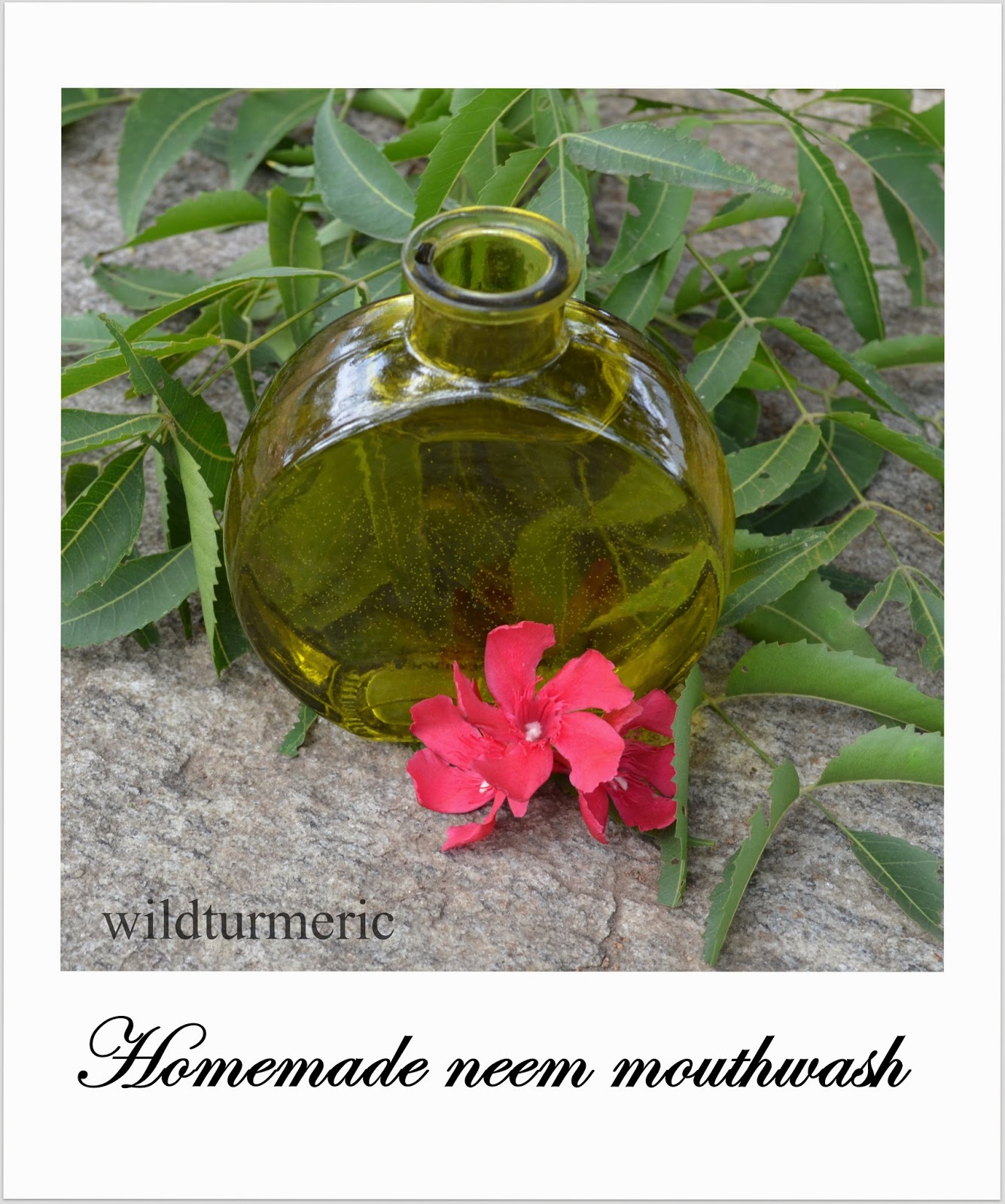 This natural, homemade mouthwash is made with one of my favorite ingredients, neem. In India, neem mouth wash is used for dental health for centuries. The tender branches of neem tree were used as a tooth brush and this habit is still prevalent even today, though it is sadly diminishing.

All of us know that, each and every part of neem is used a medicine. Especially, this homemade mouthwash made with neem, is very effective in treating gum related diseases. There was a study conducted about the effect of neem as a mouth wash. Forty five subjects with gum related problems were selected and they were divided into three groups. The first group were given saline mouth rinse twice daily.

Making our own homemade mouthwash can be equally effective like a store bought neem mouthwash. To make the homemade mouthwash, collect fresh neem leaves, separate the leaves and the stalk. Don’t throw away the stalk, cut them into small pieces. Boil water in a pan with crystal salt and the cut stalks of the neem.

Once it comes to a rolling boil, add the fresh leaves and switch off. Let it cool, strain and bottle. I felt this method of boiling only the stalks and adding the leaves at the end, reduced the bitterness of the mouthwash. This mouthwash can be stored in the refrigerator and used regularly. People with swollen gums, mouth ulcers,  mouth odor and bleeding gums will greatly benefit this homemade mouthwash.

Try to use this homemade mouthwash regularly for few days, both morning and night to get the best results. When we use this mouthwash, there will be a slight bitter taste but that will go away, if you rinse your mouth again with water. To use, rinse the mouth with 1 tbsp of mouthwash after brushing twice daily. 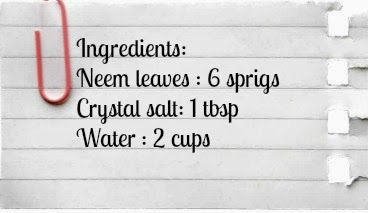 METHOD:
1. Clean the fresh neem leaves in water and separate the stalks and the leaves. Cut the stalks into small pieces. 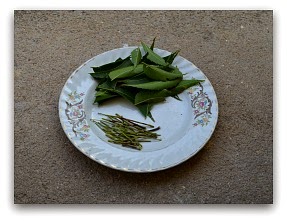 2. Boil water in a pan with crystal salt and neem stalks. 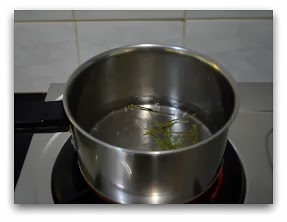 3. Once it comes to a roaring boil, add all the leaves at once and switch off. 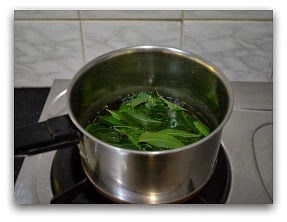 4.  Cool and strain and bottle it. Use this mouth rinse regularly both morning and night for best results. 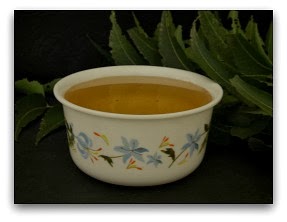