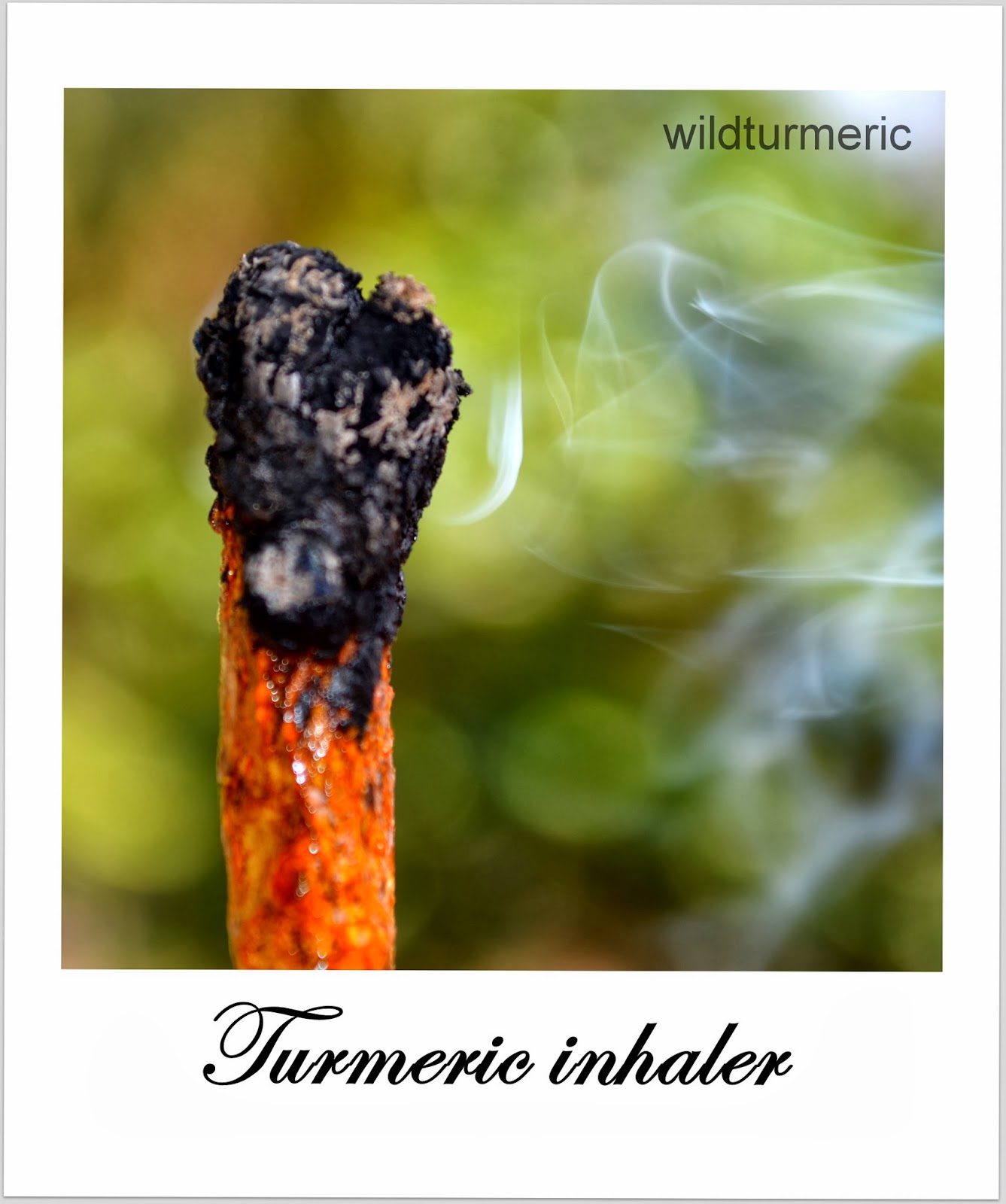 This turmeric inhaler is a very effective home remedy for headache, that we have been using for a long time. The best thing about this inhaler is it requires just two ingredients. Though there are many varieties of turmeric, we commonly use only two types of turmeric. The fat variety of turmeric called “Kundu manjal” named after it’s round fat shape and thin long ones called” Virali manjal”. Though both varieties belongs to turmeric family, they vary according to their levels of curcumin.

For this inhaler we will need the thin long ones called virali manjal. This turmeric inhaler will help to relieve congestion due to cold in young children and also helps to relieve headache in adults. The fumes given out by this turmeric inhaler is very mild, next time when your child finds it difficult to sleep due to congestion, try this inhaler. This inhaler also has castor oil. I remember my grandma saying that before each of her children were born, they always ground fresh castor oil, to use it on the child.

We use castor oil extensively as a home remedy for newborns and for external applications too. I was just amazed to read that there are no drugs for proper working of lymphatic system, but external application of castor oil helps in proper lymphatic flow. Proper working of lymphatic system is one of the underlying keys to good health and vitality. Both turmeric and castor oil make this an effective inhaler for both adults and children.

Try to use the best quality castor oil and organic turmeric for this homemade inhaler. To make this inhaler, first take a long piece of virali manjal and soak half of  it in castor oil for at least 10 to 15 minutes. Then hold the part that is not soaked in castor oil and light up the part that is soaked. Once it starts burning well, put of the flame. It will start emitting smoke, use it as an inhaler for both adults and children. 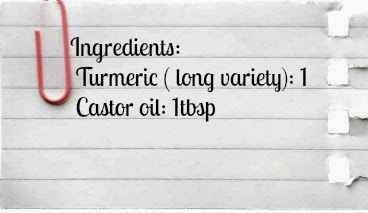 METHOD:
1. These are the two common varieties of turmeric, we use. 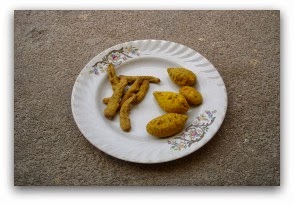 2. Take a long piece of turmeric (virali manjal) and soak half of the piece in castor oil for 10 to 15 minutes. 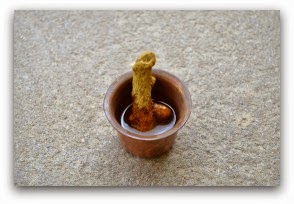 3. Hold the end that is not soaked and light the end of the turmeric that is soaked in castor oil. 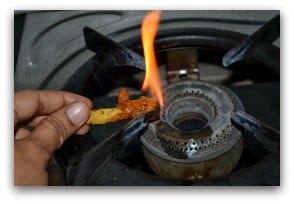 4. Put off the fire immedietly. It will start emitting smoke. Use it as an inhaler. 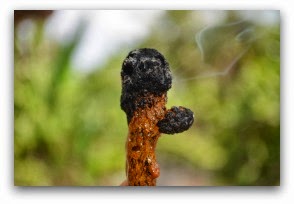