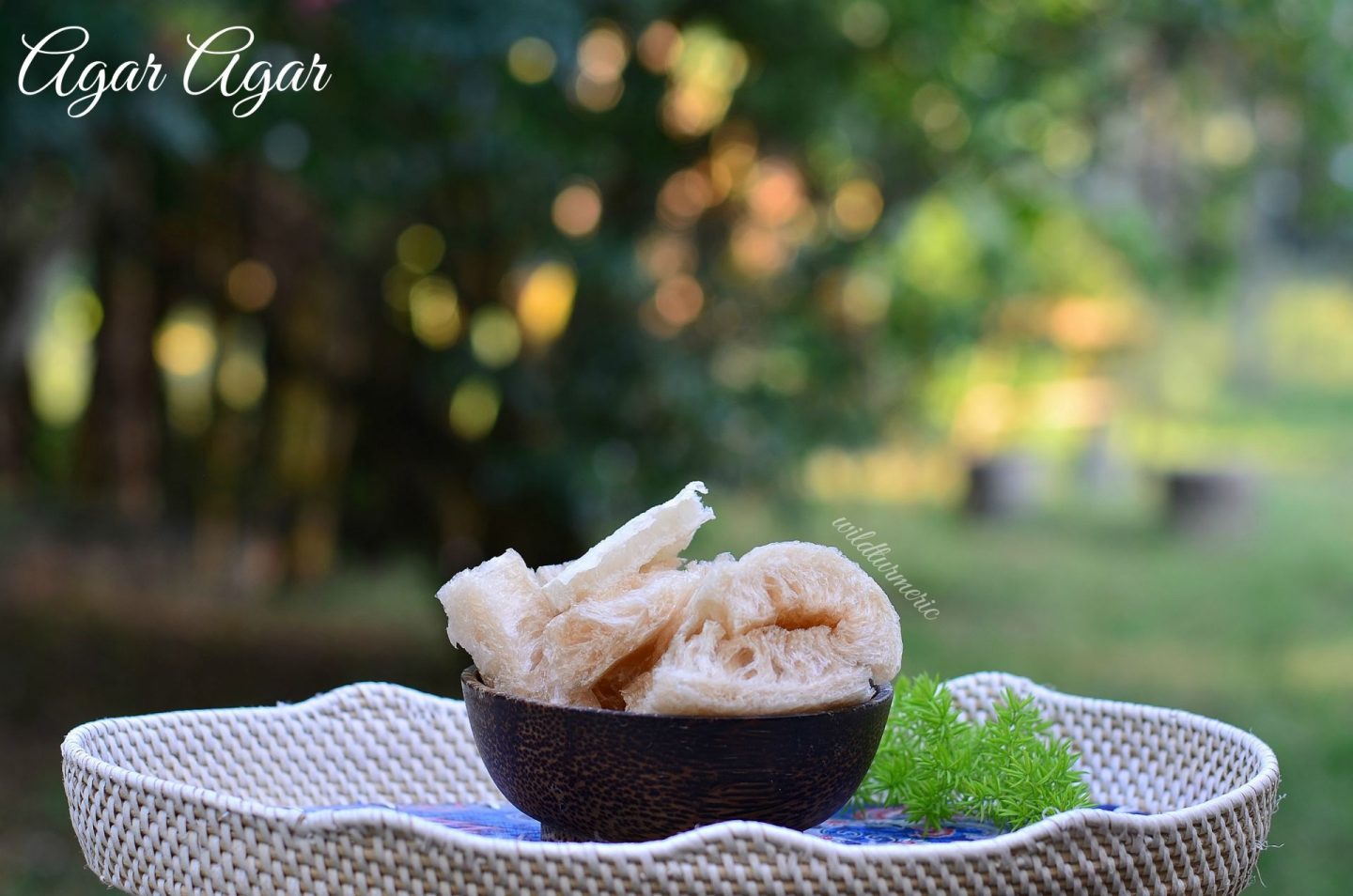 Agar agar also called as china grass is a jelly like substance that is popularly used as a substitute for gelatin. When mixed wit hot water, it gels at room temperature making it ideal to use in desserts and puddings. We get agar agar easily in India and it goes by the same name in all the major languages like Hindi, Tamil, Malayalam and Telugu. Since it is also colourless and odourless it can be mixed with any food easily. Apart from being a plant based food thickener, it has other health benefits from aiding weight loss to treating constipation.

What is Agar Agar Made From?

Agar agar is a jelly like substance got from red algae. Agar agar is said to have been discovered first in Japan accidentally. Agar agar is mainly obtained from the cell walls of two species of red algae called Tengusa and Oganori.

Initially agar agar was widely used in southeast Asian cuisines as a gelling agent for souffles and custards. And later it began to be used extensively as a medium for growing microbes. It was preferred over other mediums as it has a higher melting temperature. It is also used in other industries like dentistry, farming, immunology and electrochemistry.

100 grams of agar agar contains around 306 calories, 6 grams of protein, 80 grams of carbohydrate, 7 grams of fiber, 625 mg of calcium, 21 mg of iron, 770 mg of magnesium and 5 mg of zinc. It is also rich in vitamins and minerals like pantothenic acid, potassium, sodium, copper, manganese, choline, folate and selenium.

Agar agar is available in two forms. The first is agar agar powder which is the easiest to use, we just have to mix it with hot water to melt and set it. The second is agar agar strips which is less concentrated than agar agar powder and you can dissolve it by heating it in a double boiler. Agar agar strip is the most commonly available form in India. I usually get the strip from nearby departmental store for making desserts, it is available very cheap.

Agar agar is from vegetarian source whereas gelatine is derived from the bones of animals. Gelatin needs refrigeration to set whereas agar agar sets at room temperature. Both have health benefits and are easily available. Both are used in skin care but gelatin based face packs dry firmly than agar agar so it is ideal for removing blackheads and whiteheads than agar agar. 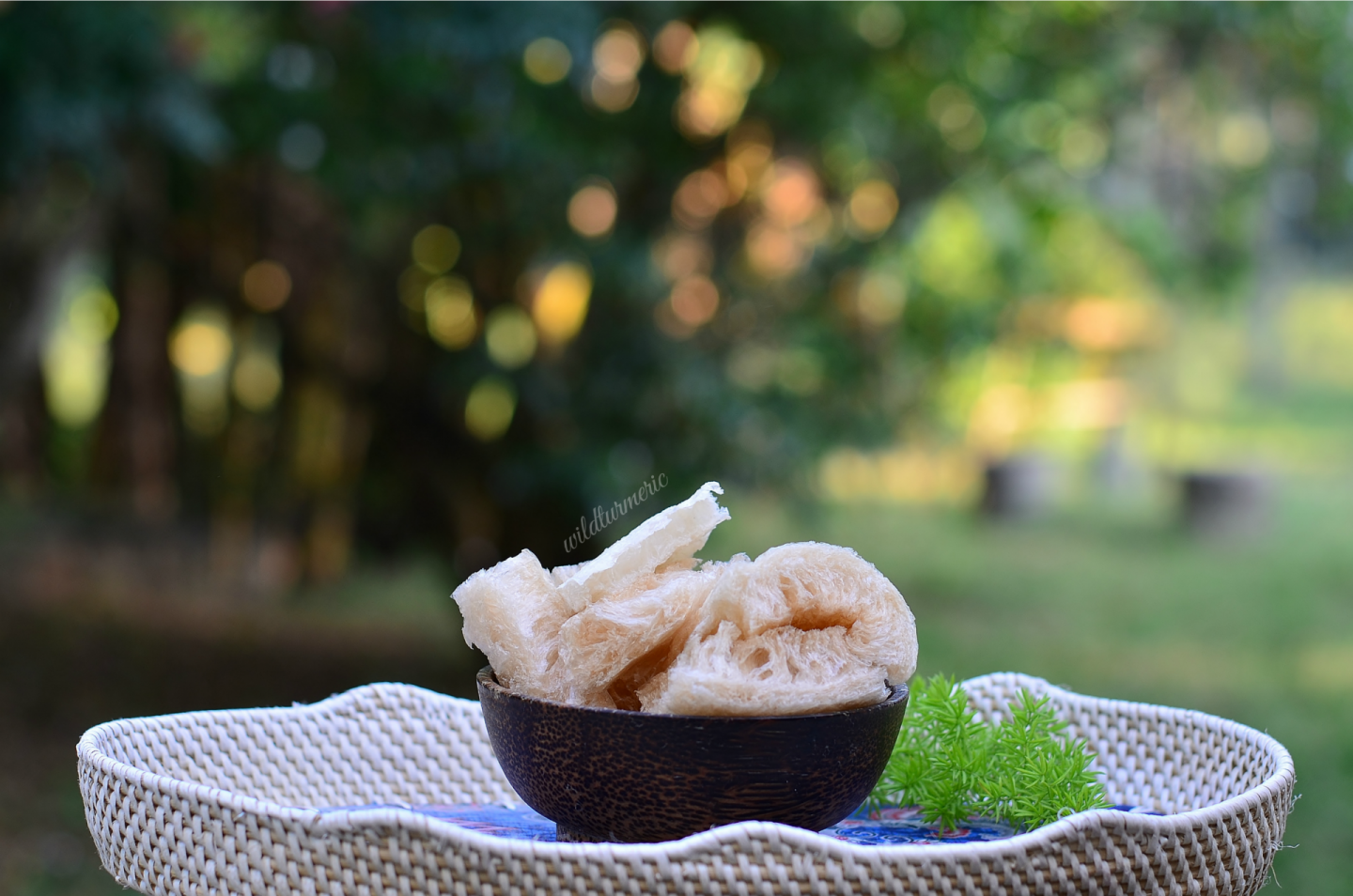 Agar agar is very high in fiber which is one of the main reasons for its weight loss promoting properties. When we consume agar agar, it keeps us satiated for a long time thus helping us reduce the overall calorie intake which in turn leads to weight loss. In a 4 week study done on 76 patients, the group that consumed agar agar experienced significant weight loss due to the reduction in overall calorie intake and you can read the study here.

Usually for setting deserts, gelatin is used. Gelatin is derived from the bones of animals and the best vegan substitute for it is agar agar as it is derived from algae. Unlike gelatin which needs refrigeration to set, agar agar sets at room temperature which is a huge plus. In fact, vegans and vegetarians should try to include ingredients like agar agar which is rich in iron and calcium regularly in their diet to prevent nutritional deficiencies.

Agar agar is not only rich in iron and fiber, it is also rich vitamins and minerals like zinc, selenium, manganese, calcium, potassium, sodium, magnesium, phosphorus, folate, panthonic acid, niacin, riboflavin and vitamin k. Usually when we make desserts, we make it with ingredients that are devoid of any nutrients like white sugar and maida. But instead if we can make desserts with fresh fruit pulp and agar agar along with whole fruits, we will be much more healthy.

6. Good For Skin and Hair

Agar agar helps soften the skin if used externally as a face pack. Generally we use gelatin for homemade peel off packs but for vegetarians agar agar is a good option. It does not dry too tightly on the skin so it is not painful to remove like gelatin based peel off packs. Since it does not pull the skin while removing, it can be used safely even by people with extremely sensitive skin. Along with external application, consuming it internally also helps with hair and skin care as it is rich in nutrients and minerals essential for hair growth and glowing skin.

Where To Buy Agar Agar?

How To Use Agar Agar?

Agar agar can be used in place of gelatin in any recipe. To use agar agar, take approximately around 1 gram of agar agar for every 100 ml of liquid. Add the agar agar to the liquid and gently heat it in low flame or use double boiler till it is completely melted. Once completely melted, let it cool a bit and then pour into containers and leave it to set at room temperature. Agar agar sets pretty fast.

Agar agar should be taken only after it is dissolved in water else it will swell and block the esophagus, making it very difficult to swallow. Usually agar agar does not cause allergies but if you experience allergic reactions like itching or nausea, stop consuming it and consult a doctor immediately. Consuming too much agar agar can lead to problems like diarrhea or abdominal pain so always have it in moderation. I couldn’t find any drug interactions with agar agar.