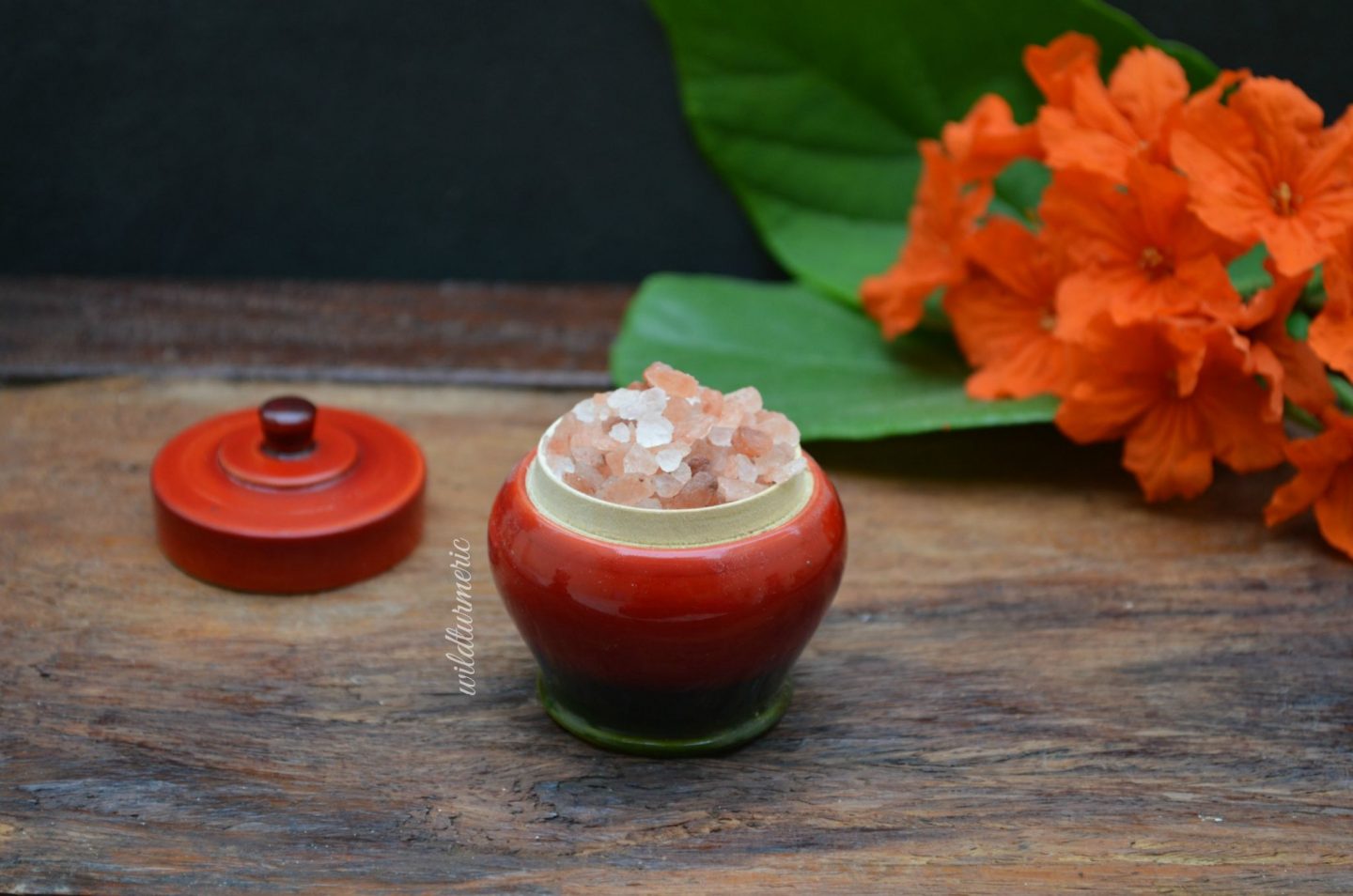 Pink Himalayan Salt | Sendha Namak | Saindhava Lavana has amazing health benefits, medicinal uses and therapeutic properties. From Himalayan salt lamp that purifies the air to using it as a scrub or bath soak that leaves the skin glowing, pink salt has wide uses.

It has been used in Indian from ancient times and occupies an important place in Ayurveda. It is also a healthier substitute for our regular refined salt.

Pink Himalayan salt was available only in health stores and herb shops in India before and usually in ground up form. Now since we get the beautiful pink crystal salt easily available everywhere, I have switched over to pink salt completely for cooking.

What Is Himalayan Pink Salt?

The Khewra salt mine is said to have formed 800 million years ago and is part of a salt range that formed during the evaporation of a shallow sea. The salt in the Khewra mine comes in various colors from pink, off white, red to transparent.

Himalayan pink salt has very very little amount of iodine in it and if you are advised to take iodised salt it is best to take iodine fortified natural rock salt instead of pink salt.

Though both Sendha Namak and Kala Namak are rock salts, they both are different. They differ in their appearance, smell, mineral content and where they are found. Both salts are extensively used in India and are easily available.

Both sendha namak and black salt are rock salts and contains sodium chloride as the major ingredient. Both are highly valued in Ayurveda and are used extensively both in cooking and home remedies in India. 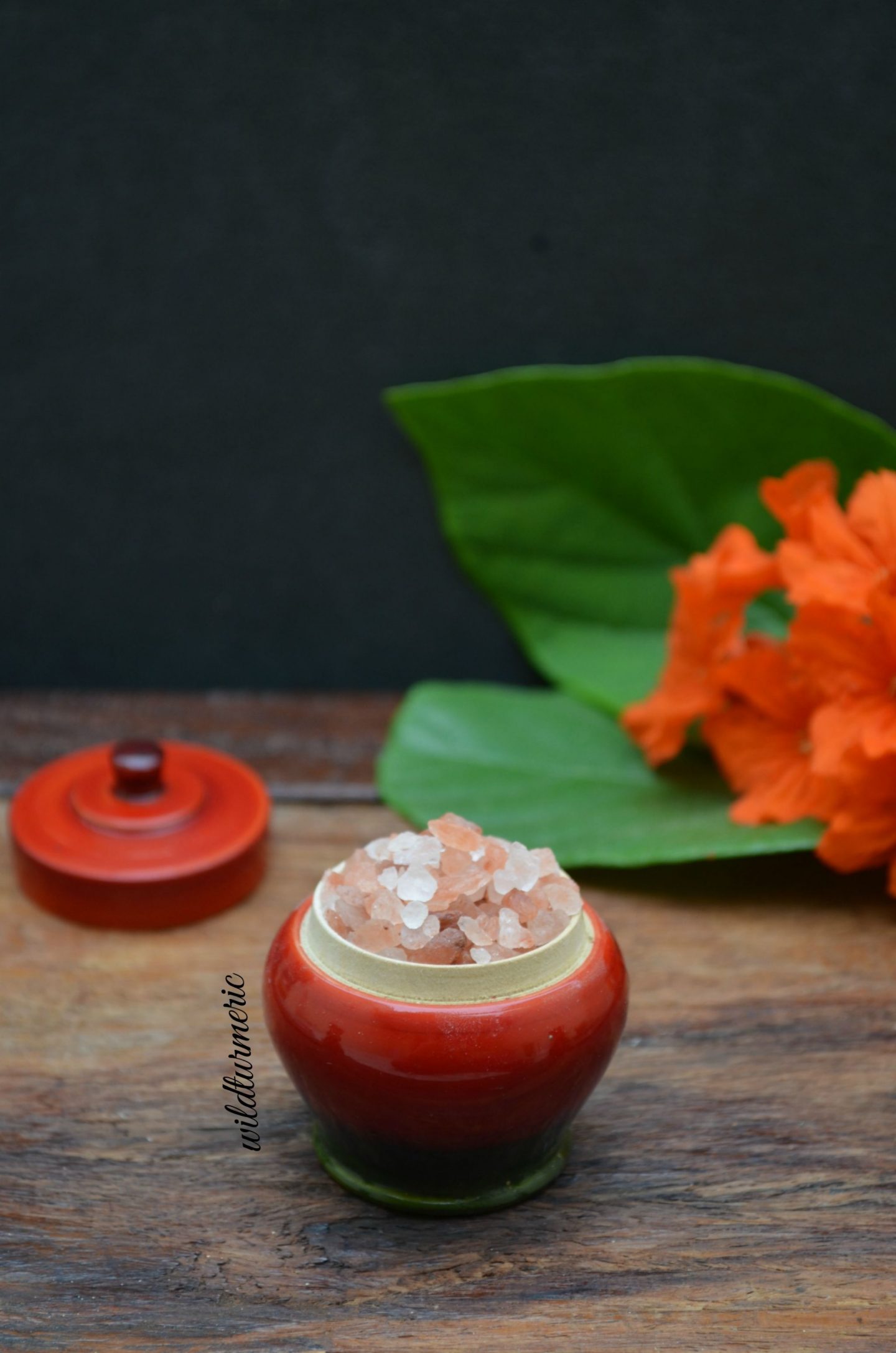 But please remember that though pink salt is better than refined table salt, it is still very high in sodium. Many claim that pink salt has low amount of sodium chloride and high amounts of potassium compared to regular table salt which helps balance sodium levels.

But from what I have researched, the pink salt we get in the markets including the one I buy is almost 97 to 98 % sodium chloride and the potassium levels are around 0.046 %. This is a very negligible amount. You should practice caution if you have high blood pressure and treat pink salt just like regular salt while consuming. 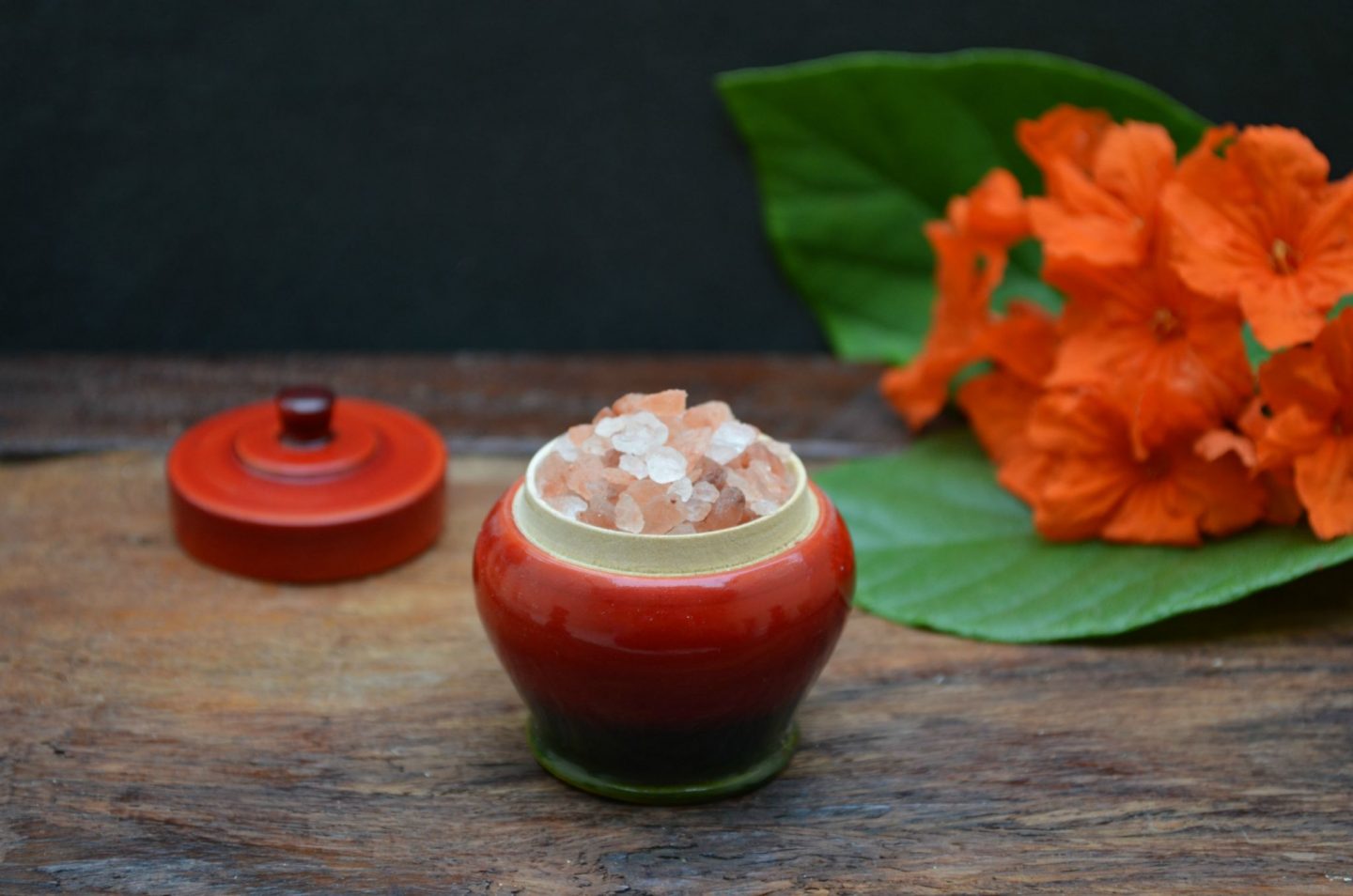 What Is A Himalayan Salt Lamp?

Himalayan salt bulbs attract the water molecules from the surrounding environment along with the pollutants that they carry. When heated they release the water and the pollutants are trapped in the salt. This greatly helps reduce the amount of pathogens in the air.

This process is called halotherapy and has been clinically proven to have positive effect on our health and has been in use for centuries. Halotherapy can be done using either dry or wet method.

But the amount of negative ions that Himalayan salt lamps emit are said to be negligible but still considering it’s purifying benefits, it is a good idea to have a salt lamp at home.

Where To Buy Pink Himalayan Salt?

Pink Himalayan salt was available only in certain herb shops before but now as it is getting popular it is sold in all the departmental stores in India.

I would suggest buying pink salt only from reputed brands. The medium sized Himalayan pink salt is almost 7 to 8 times more expensive than regular rock salt. You can also easily buy pink salt through online shops too.

Though pink Himalayan salt is best than our regular table salt, it is still almost 98 % sodium chloride so we should treat it just like regular salt especially people with high blood pressure. Also if you are using pink salt as a scrub, remember to crush it finely else it will cause small micro tears in the skin.

5 Top Ways To Use Himalayan Pink Salt For Health & Skin: 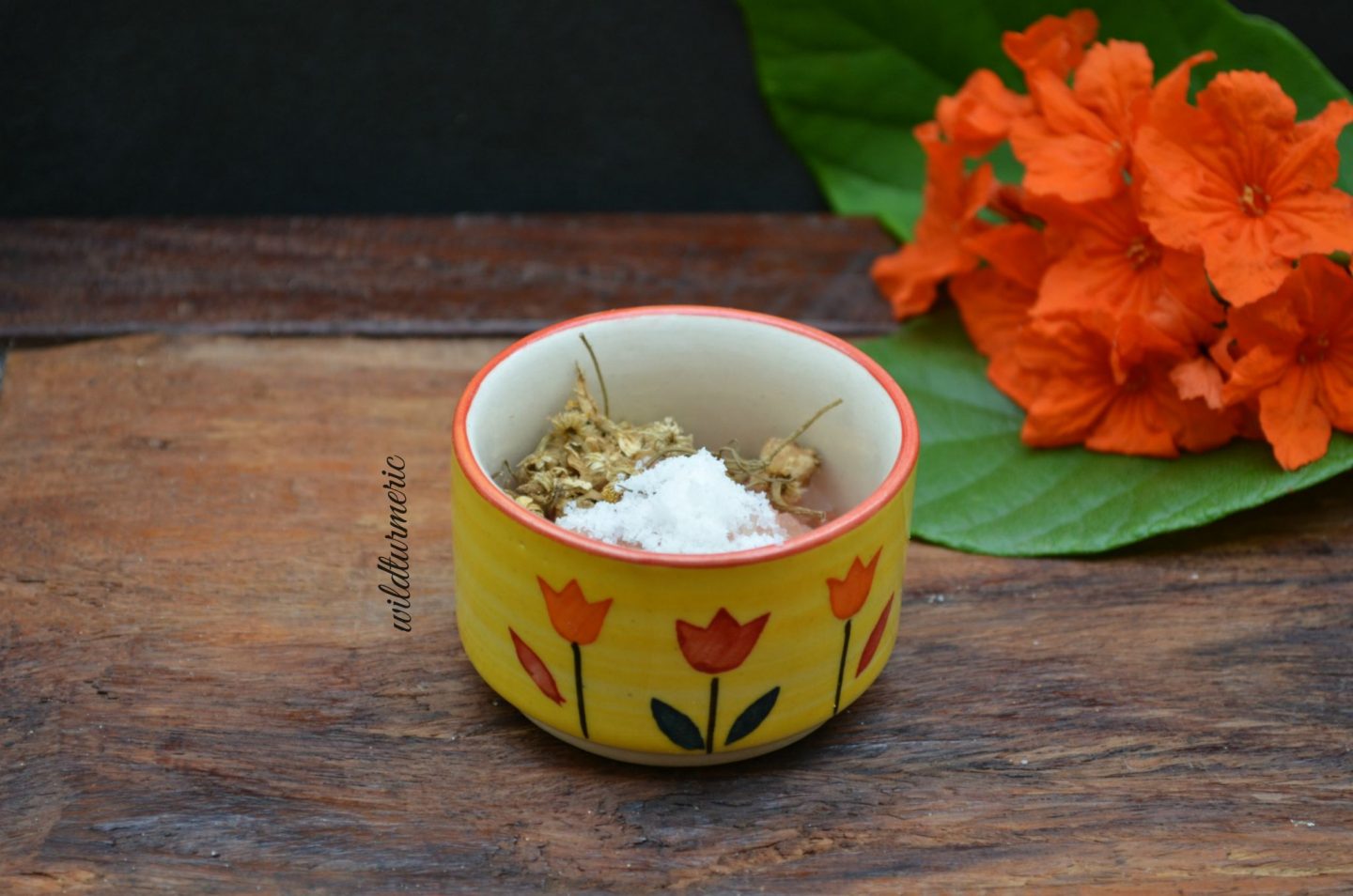 Store this blend in an airtight box, to use add a handful of this mixture to bath water. After a long tiring day, soaking in this blend will help you relax and reduce aches and pains and also will help you sleep better. 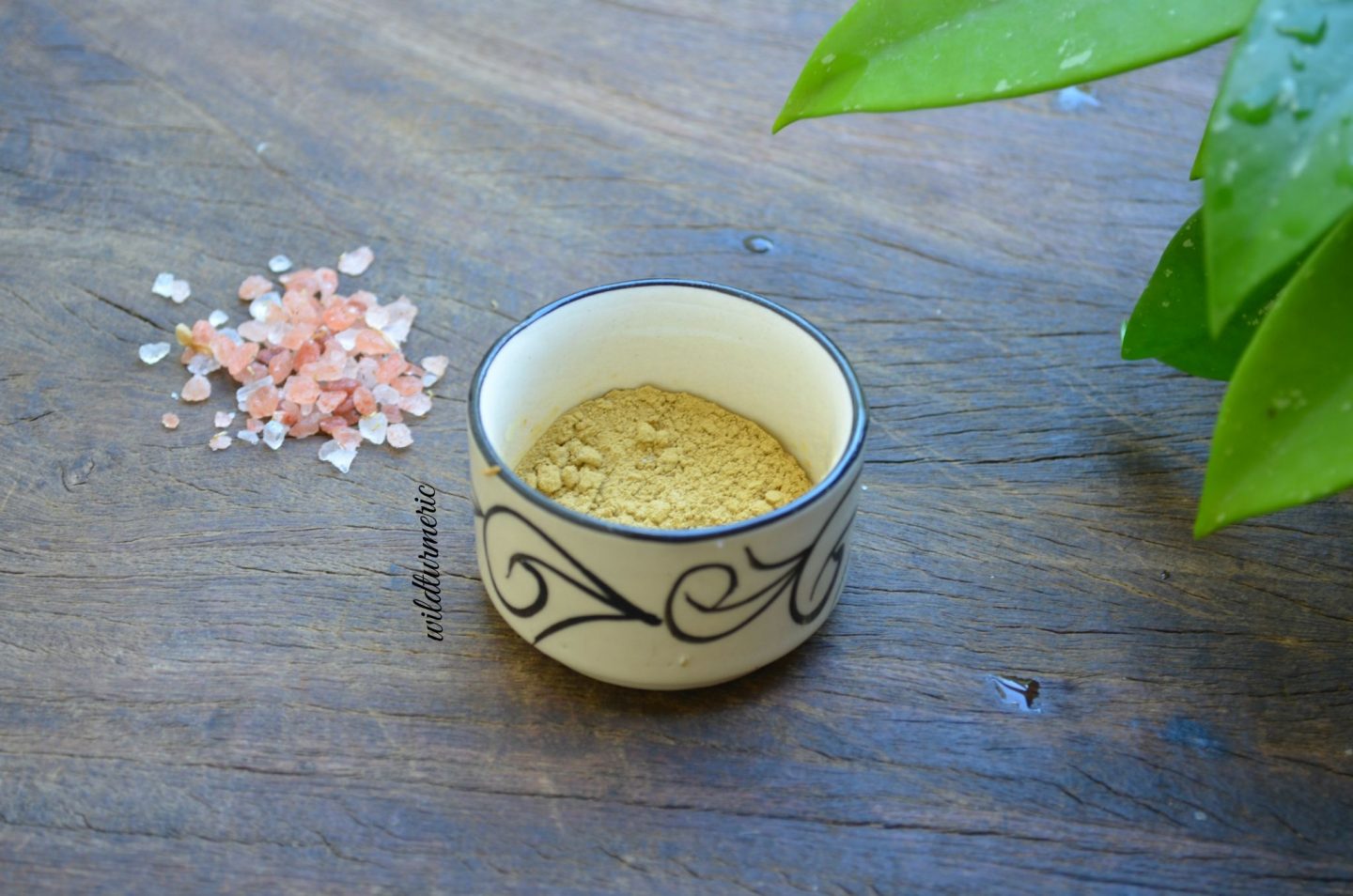 Store it in an airtight bottle. This homemade tooth powder will store well for about three months, if kept away from moisture. If used as a tooth powder weekly twice, I can guarantee that it will completely prevent tooth decay and treat it as well. 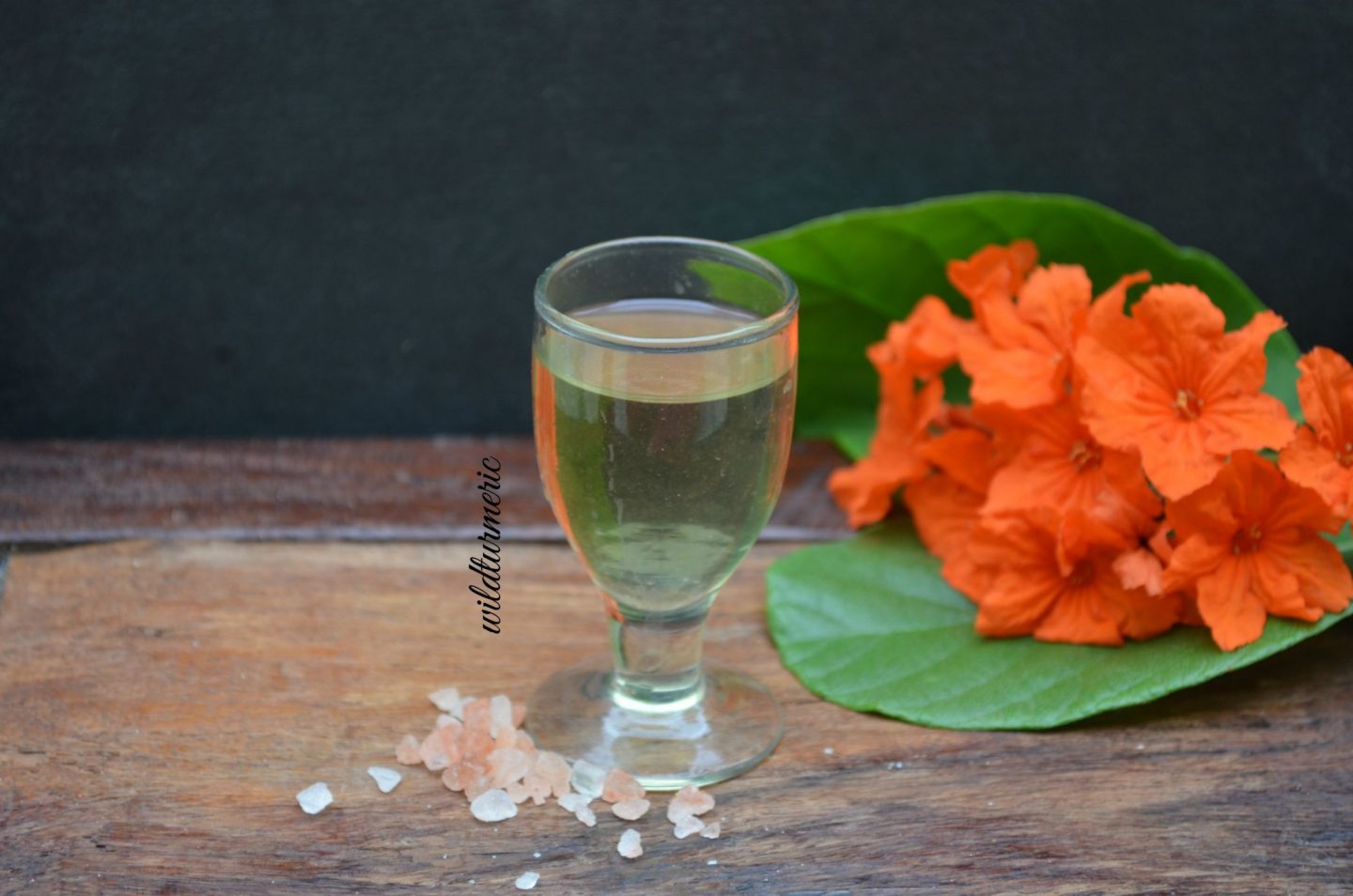 Now pound them lightly in a mortar and pestle. Now take this mixture along with a cup of water and boil till it reduces in half. Once reduced in half switch off, strain and drink it warm. You will find immediate relief with this remedy.

For the foot soak, take a handful of Himalayan pink salt in a bowl, add in a handful of dried rose petals to it and store in an airtight box. To use, take enough warm water in a tub enough to immerse your feet.

Add in a 2 tbsp of the prepared mix and soak your feet in it for 15 minutes. This mineral rich foot soak will help soften dry feet and if you are suffering from leg pain will greatly help ease the pain. 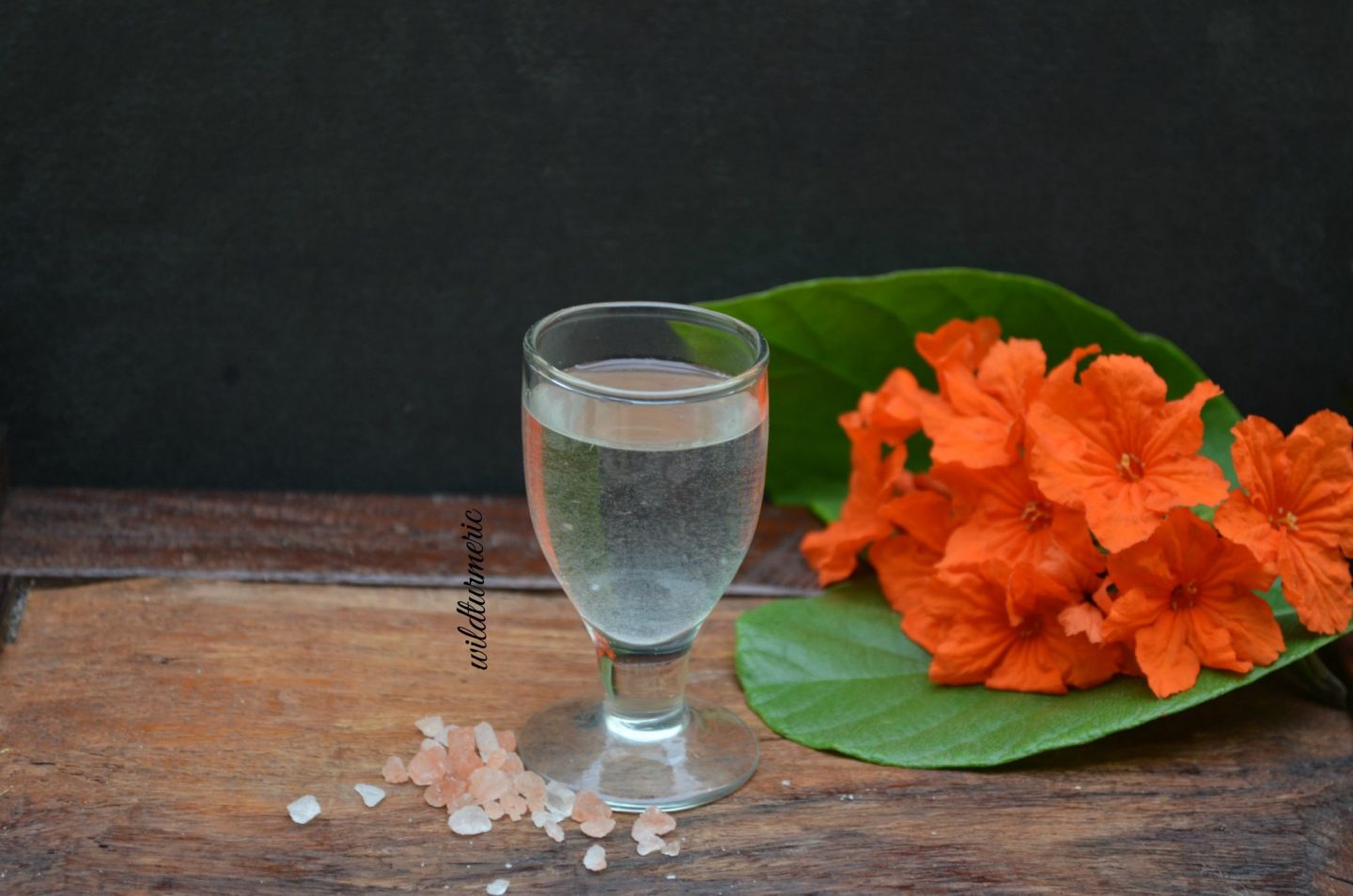 Sole water is nothing but saturated salt water. To make Himalayan pink salt sole water,  take 1/4 cup of pink salt in a jug, now top it up with drinking water and leave it aside for an hour or two.

Usually 90 % of the salt would have dissolved in the water and 10% of the salt will be remaining. Now the water is saturated with pink salt. To drink, add a tsp of this mixture to a cup of water along with a fresh squeeze of lemon juice.

This sole water if had during summers prevent heat strokes. It also improves digestion, treats constipation and helps cleanse the colon very effectively. 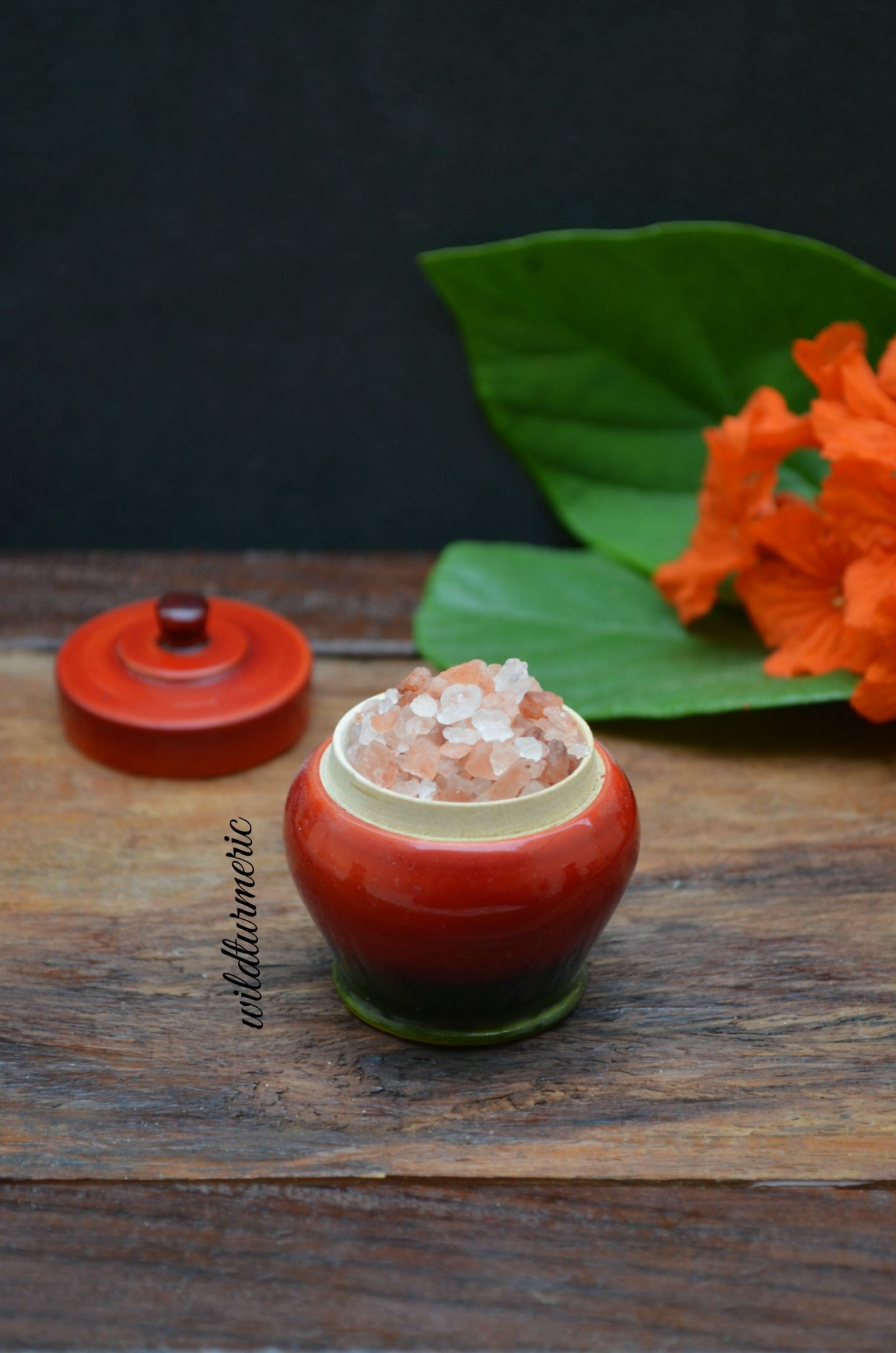