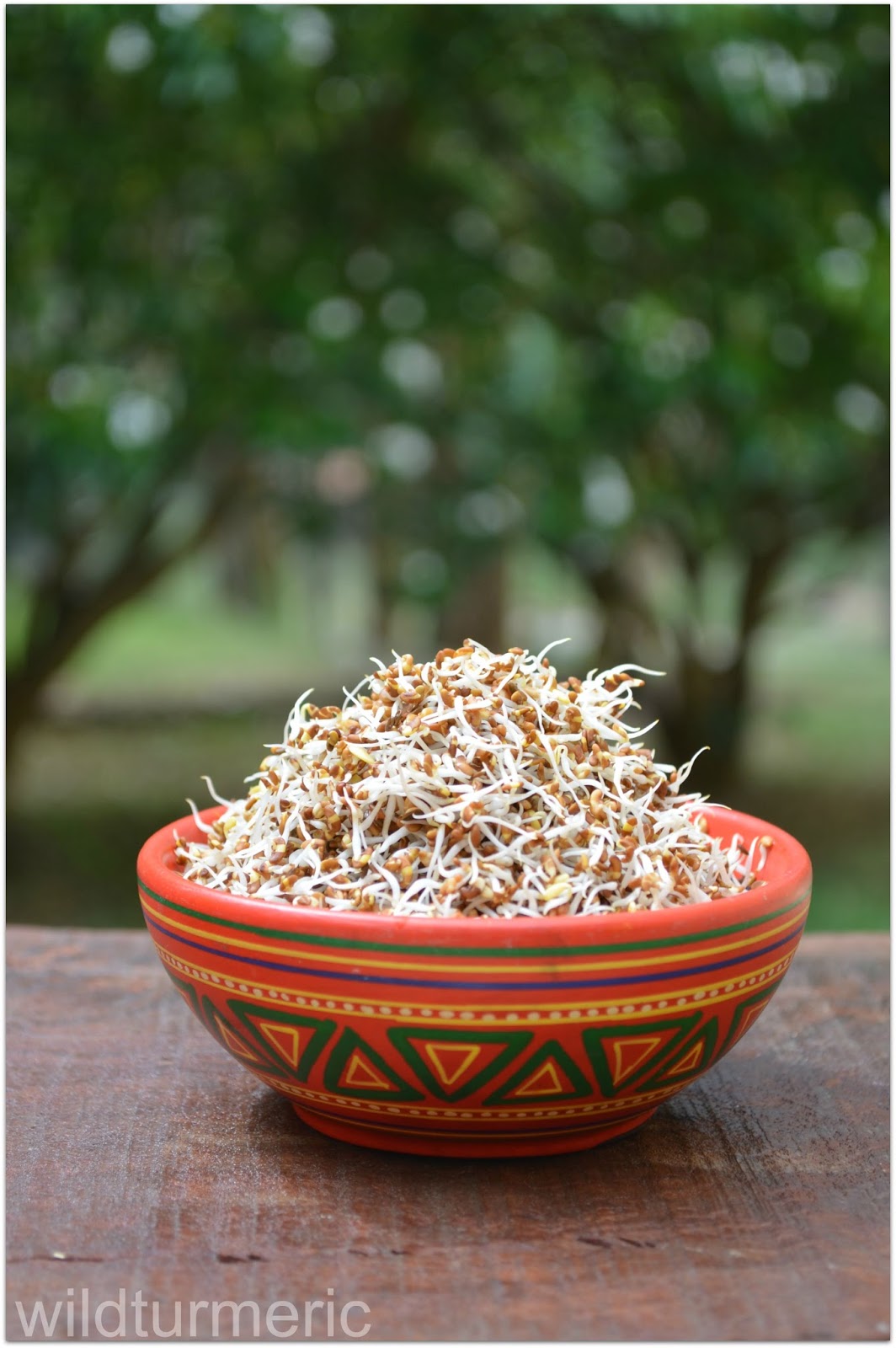 Alfalfa is a very important crop that has been grown world over as a fodder for animals for thousands of years. But what many consider as animal food is very good for us humans too. It is one of the most nutritious food that can be easily incorporated in our diet. The botanical name of alfalfa is Medicago Sativa and the most common name other than alfalfa is lucerne.

Alfalfa can be easily sourced online and here in Tamil Nadu it is sold as Kuthirai Masal Vithai and in Hindi it is called Rajko. It is rightly called father of all foods as it is very very nutritious and one of the significant things about alfalfa plant is it’s roots go deep into the soil which helps it absorb all the minerals. The best way to consume alfalfa is by sprouting the seeds.

1 cup of alfalfa has only 8 calories, 2.5 grams of carbohydrates, 1.9 grams of fat, 3.2 grams of protein and .6 grams of fiber. It is rich in vitamins like vitamin C, vitamin K, Thiamin, riboflavin, niacin, vitamin B6, folate and pantothenic acid. It is rich in minerals like calcium, iron, magnesium, phosphorus, potassium, zinc, copper and manganese.

Alfalfa sprouts are high in dietary fiber making it one of the best natural ingredients for people who are suffering from constipation and it can also be used by people with stomach problems like acidity and irritable bowel syndrome.

Alfalfa is said to reduce the bad cholesterol in the body thus preventing heart attacks. Any food that is high in fiber, low in calories and rich in nutrients is amazing for heart health and alfalfa sprouts does top the list.

Though not in a significant way, alfalfa sprouts does reduce the blood sugar levels in diabetic patients and is a very good food to include in their diet. A sandwich made with alfalafa sprouts with whole wheat bread will keep us fuller for long periods of time along with maintaining blood sugar levels.

Since alfalfa is rich in vitamins and minerals especially vitamin B and vitamin K, it keeps the hair and skin healthy. It is also rich in antioxidants which prevents premature ageing of our skin and hair.

Alfalfa is very good for people recovering from illnesses as it increases the immunity. Try adding alfalfa sprouts daily in the diet for a few days till the body regains it’s lost strength.

Since alfalfa is rich in protein, very low in fat, it helps us be satiated for a long time. Since a cup of alfalfa has only 8 calories, it is a very good ingredient for including in the weight loss plan.

Alfalfa is rich in vitamin C (a cup of alfalfa sprouts contains around 2.5 mg of vitamin C) which helps our body absorb iron better. If you are anemic consider including alfalfa in your diet often. Try to have it daily along with salads and sandwiches.

Alfalfa is very good for lactating mothers as it is said to increase the breast milk supply but please don’t over consume them. alfalfa is generally good for women health is very good for menopausal women as it regulates the hormones.

Alfalfa is a natural blood cleanser and an amazing immunity builder. Alfalfa sprouts can be easily assimilated by the body and since it helps improve our immunity, it greatly helps prevent allergies and common health problems like cold and flu.

Where To Buy Alfalfa Seeds?

Many health stores in India stock super foods including alfalfa seeds. Alfalfa seeds are not cheap but not very expensive either and we can easily make the alfalfa sprouts at home. Sprouts can be added to gravies, salads, sandwiches just like mung sprouts. You can also buy alafalfa seeds through online shops in bulk and use it year around.

Alfalfa should be avoided by people who have lupus or a family history of it.  Alfalfa should not be over consumed especially during pregnancy and breast feeding. If you experience any skin allergy (alfalfa can increase the skin sensitivity to sun in some people) or abdominal discomfort after eating alfalfa please discontinue using it. Alfalfa also can reduce the effectiveness of birth control pills and if you are on blood thinning medications, please avoid alfalfa in any form….

How To Make Alfalfa Sprouts? 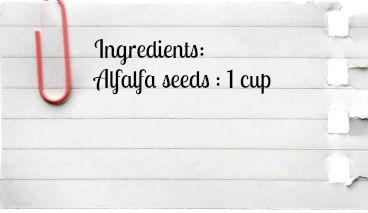 METHOD:
1. Wash the alfalfa seeds well in water and soak them overnight. 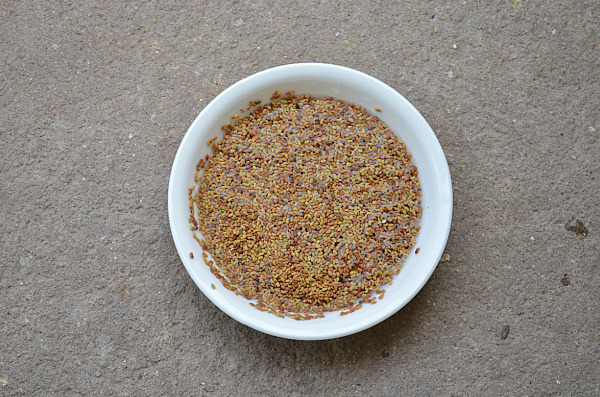 2. Drain the water completely and place them in hotbox. Close with the lid tightly and place it in a corner in your kitchen. 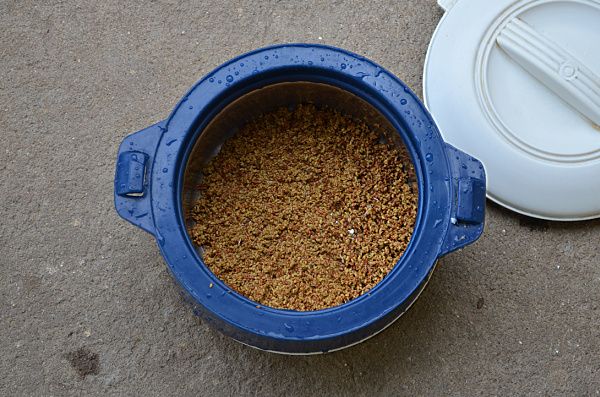 3. Within 12 hours you will have small sprouts and within 24 hours it would have sprouted very well. 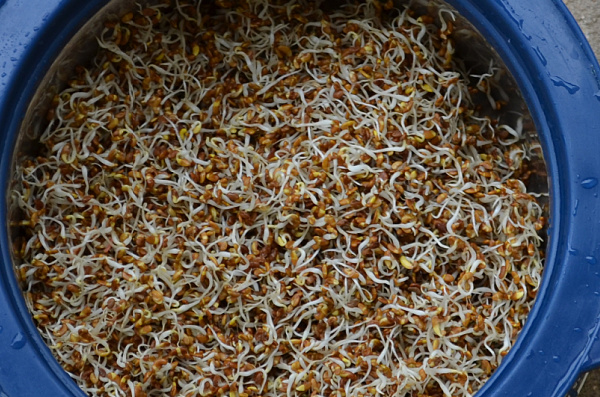 4. Take the sprouts and store in the refrigerator and use within 4 to 5 days. For elderly people, pregnant women and children give the sprouts in moderation and it is better to steam the sprouts before giving them to prevent any infections. I prefer to steam in my idli maker… 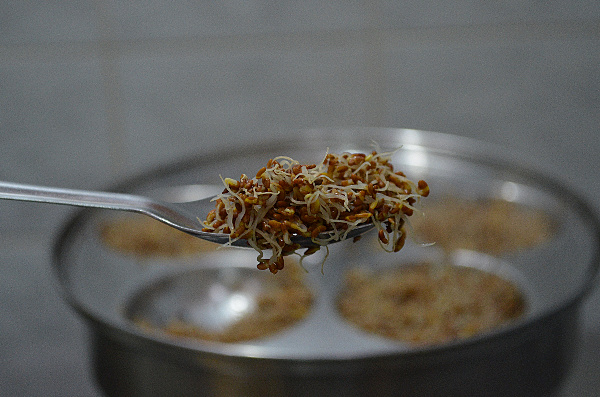 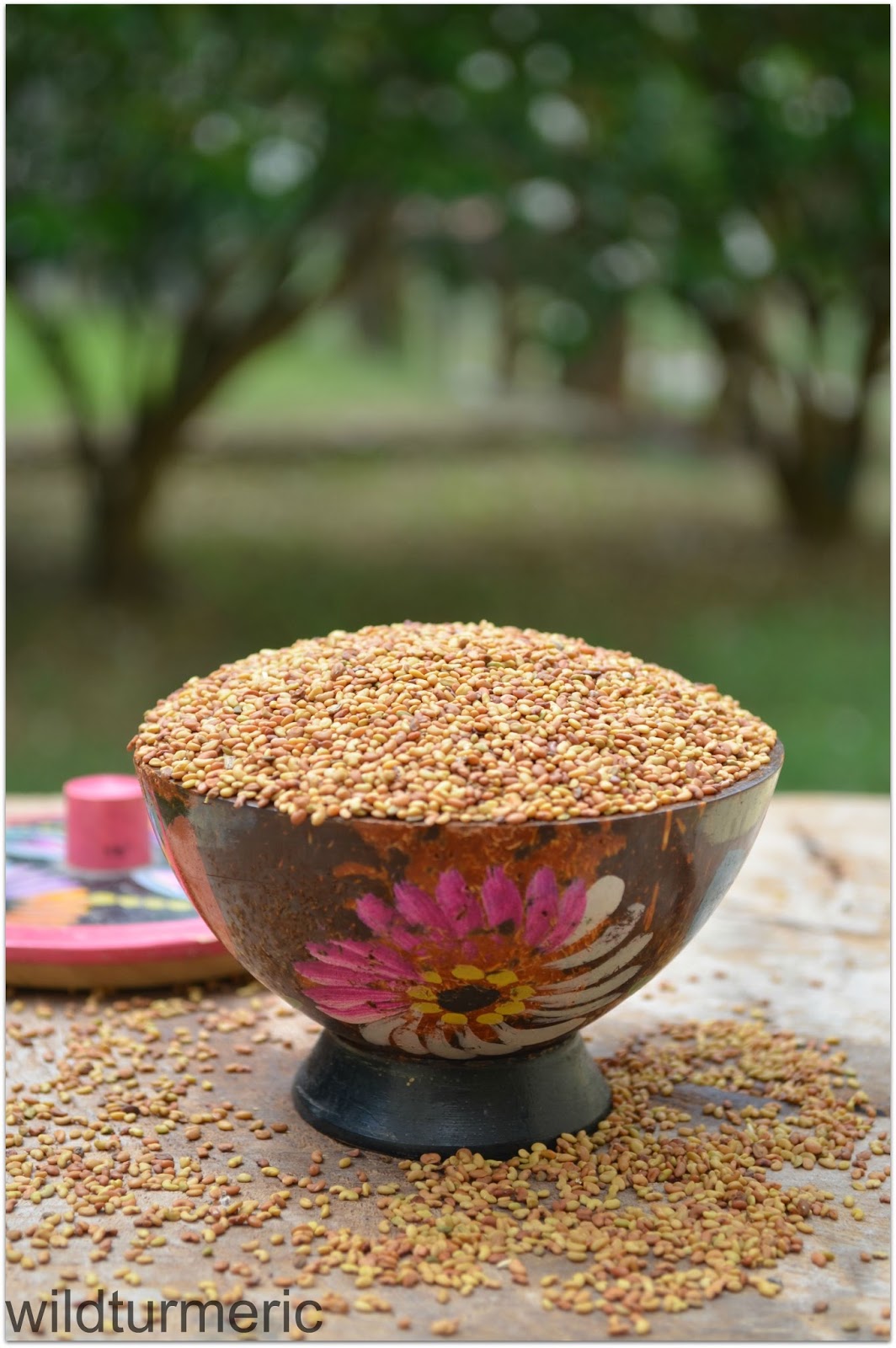