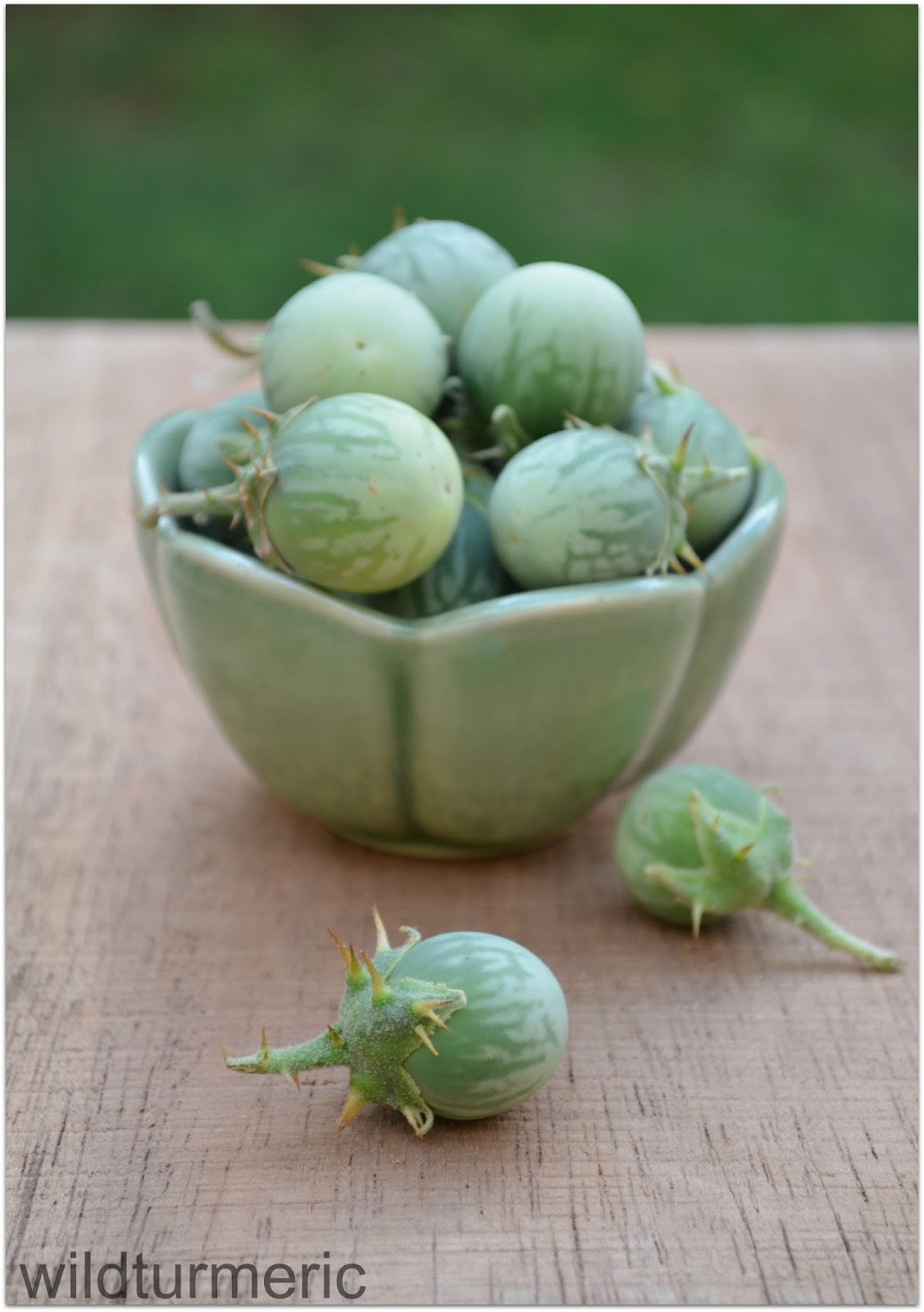 It is called Kantakari in Sanskrit. The whole plant is covered in thorns and the fruit looks like small version of our egg plant but with thorns. Every single part of kandankathiri is used as a medicine and since this plant is easily available, we should try to make good use of it.

Kandankathiri is mainly used for treating all respiratory diseases like cough, phlegm and cold related fevers. Extensive studies have been done on this plant and these are some of the significant scientific studies of kandankathiri plant that I got after researching:

What was significant about the study was kandankathiri extract proved to be better than standard antioxidants like ascorbic acid. It would be a great loss if we don’t use such powerful natural antioxidant. The study was done on the leaf extract of the plant but both the leaf and fruit extract can be used.

Another very significant benefit of kandankathiri is it’s antibacterial activity. I was amazed to find that the leaf extract of the plant was highly effective against all bacteria except Shigella Dysenteriae. What is really significant is it is very highly effective for most of the bacterial infections that we commonly suffer.

Another significant study done on kandankathiri leaves showed that it is very very effective in preventing liver damage due to toxicity. This study was done on rabbits by inducing them to liver damage and then treating them with kandankathiri extract which proved that 500 mg of extract per body weight per day resulted no damage to the liver at all.

An interesting study was done on the seeds of the plant for treating gum diseases. The fresh seeds were shade dried and stored in a airtight box. An iron pan was heated and to it few drops of mustard oil and 1/4 tsp of the seeds were added, the fumes that came out was directed to the patients mouth through a long pipe.

We call it Oothu kulal in Tamil and it is used for blowing air to keep the fire going. This process was repeated altogether for 4 times. This treatment gave amazing results to almost 75 % of the patients and the rest 25 % where patients who had to have surgery.

Kandankathiri root when boiled along with thippili (long pepper) is a very good home remedy for cough. This Kandankathiri root decoction can also be used for treating fever due to cold. Here in our village, we make kandankathiri gravy with the fruit, the gravy is very delicious and it is one of the best recipes to give for growing children to keep them healthy.

How To Cook With Kantakari (Kandankathiri) 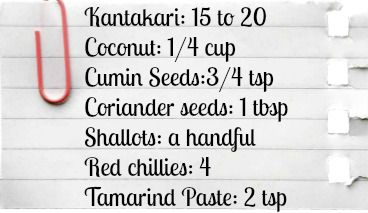 METHOD:
1. Wash the kandankathiri well, remove thorny top part carefully and cut in half. Remove the seeds using a spoon or knife. 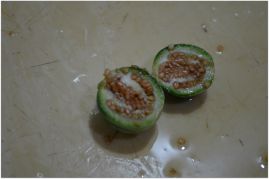 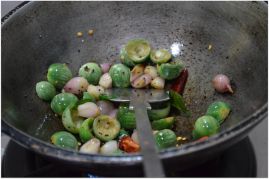 3. Fry a handful of shallots, 3/4 tsp cumin seeds, 1 tbsp coriander seeds, 3 red chillies separately in a pan, remove and let cool. Add 1/4 cup fresh coconut to it along with 1/4 tsp of turmeric powder and grind to a smooth paste along with a cup of water. 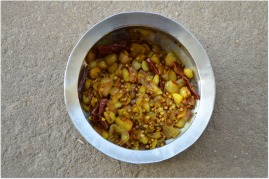 4. Add around 2 tsp of tamarind paste to the ground mixture, mix well and add to the pan along with salt. 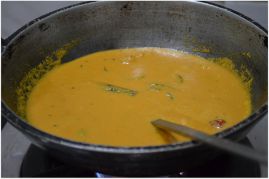 4. Cover and cook till the kandathiri is boiled well and the gravy has thickened. Finally add little bit of jaggery and remove. Tastes very good with rice. Nice to post a remedy that tastes very good 🙂 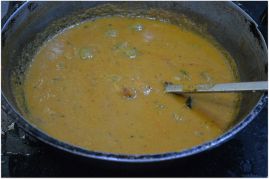 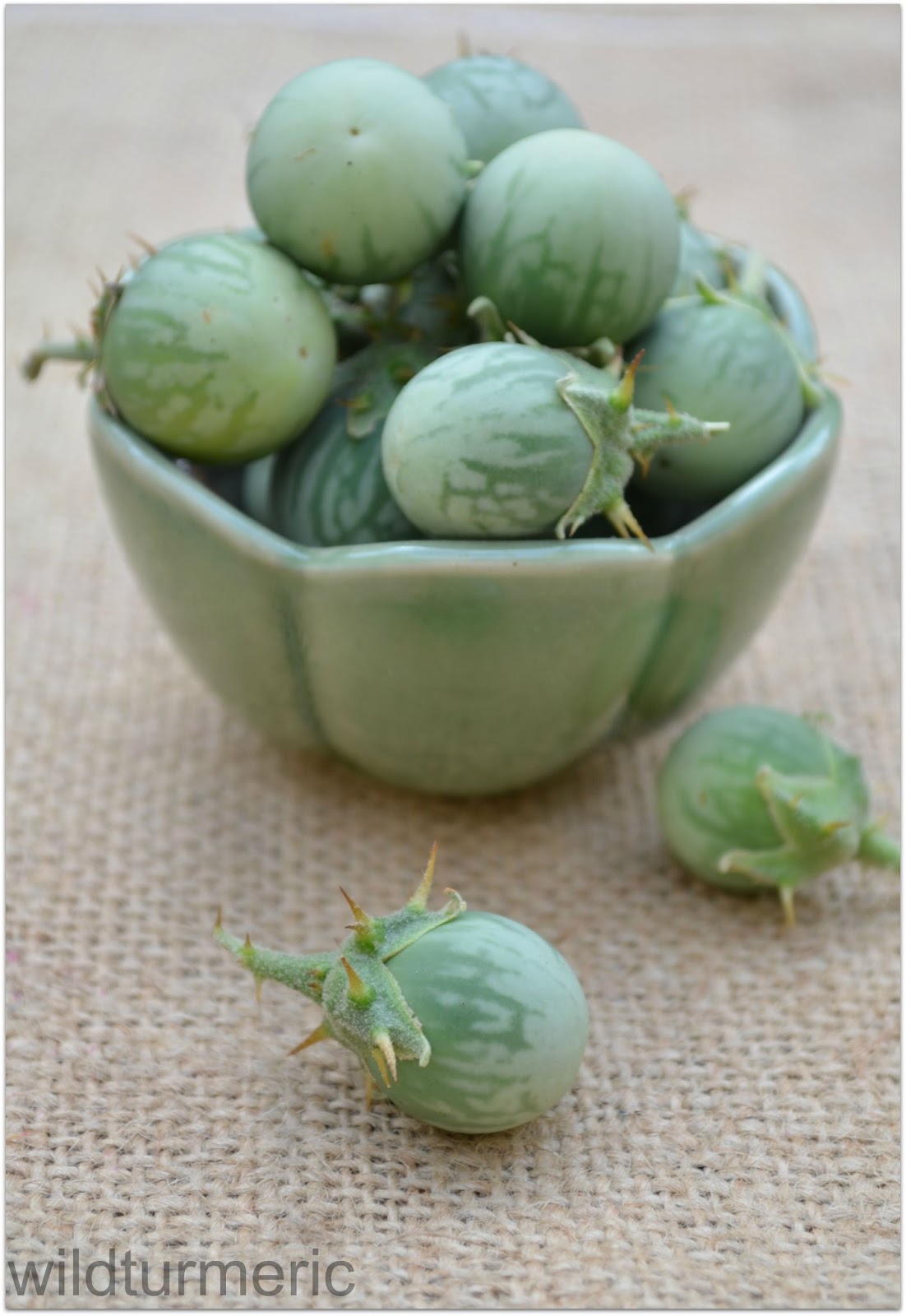