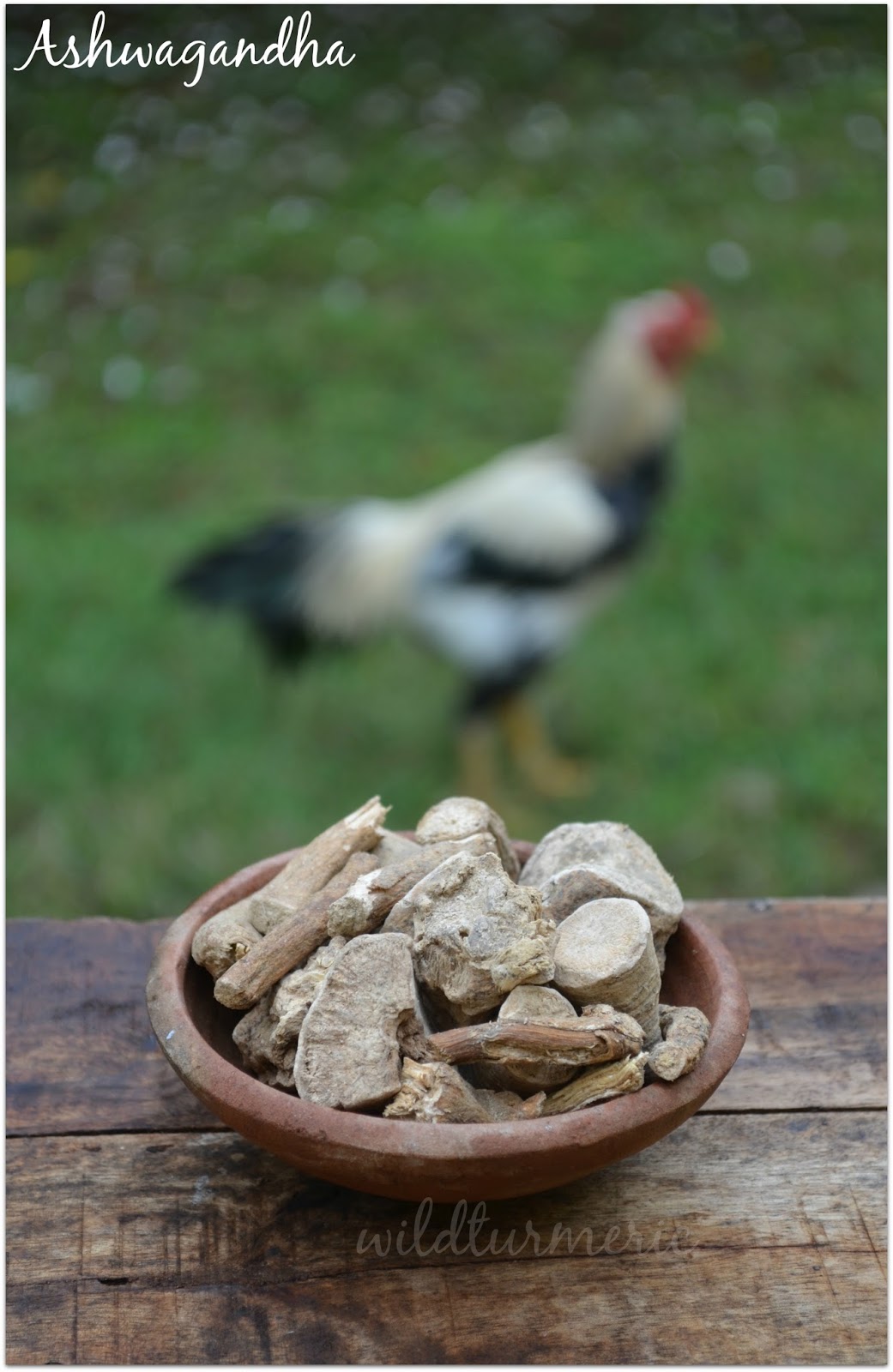 Ashwagandha is a very very important herbal plant that we all should get to know as it has amazing health benefits and medicinal uses. Ashwagandha is the Sanskrit name of the plant. It is actually a natures wonder in bringing back the lost health and vigor. It is famous all over India and it is used extensively in unanai and ayurvedic medicines. Ashwagandha also is used in home remedies for centuries.

Ashwagandha is called winter cherry and Indian ginseng in English and it’s botanical name is Withania Somnifera. It is called Amukkara Kizhangu in Tamil, Asgandh in Hindhi, Paneru in Telugu and Kanchuki in Kannada. It is named ashwagandha because the root of the plant smells like horse (ashwa means horse and gandha means smell) and some also say it is named because it gives one the strength of the horse.

Ashwagandha plant is a stout shrub that grows up to 5 to 6 feet and it bears red fruits. The root of ashwagandha is the most used in medicines and even in remedies, we use only the root. If you read about the full medicinal uses and health benefits of ashwagandha, you will also readily agree with me that it is indeed a medical wonder!

Since ashwagandha is popular all over the world many of it’s amazing traditional uses have been researched and proven scientifically. Ashwagandha is very very popular as an anti stress medicine, in bringing back the lost strength (works very well for treating fatigue and general weakness) and in increasing the sperm count in men.

If you are looking for ways to increase your immunity and reduce stress, I would strongly suggest ashwagandha. Though ashwagandha is popularly believed to increase the height of a person, I couldn’t find any study supporting it and also the use of ashwagandha by people with thyroid disorders should be done only under the supervision of a medical practitioner.

usually 3 to 5 grams of the the powder is recommended per day and the capsules up to 500 mg per day. Ashwagandha powder can be mixed with milk and had everyday. Ashwagandha is sold in capsule | tablet form or as powder (churna), you can use either one. We also get the dried roots, usually cut in pieces but I would suggest the powder.

Pregnant women and breast feeding mothers should not consume ashwagandha. Overdosing of ashwagandha will lead to stomach upset, diarrhea and vomiting.

2. Ashwagandha For Skin and Hair: A Natural Tonic

Ashwagandha also has anti inflammatory properties which helps heal all the skin inflammations very soon. Since stress is a major cause of hair fall and premature aging of  the skin, taking ashwagandha will greatly reduce it.

Ashwagandha has been used in traditional ayurvedic medicine to improve the sperm count for thousands of years. This has beenproven scientifically now. For the study, 40 men with lesser semen count were chosen and were given 675 mg of root extract of ashwagandha in 3 doses daily for a period of 90 days.

Ashwagandha is an anti stress herb and this amazing quality of ashwagandha has also been proven through clinical research. For the study 64  people were selected with a history of chronic stress and were divided into 2 groups. One group were given 300 mg of root extract of aswagandha and the other half took placebo.

They were checked once every 15 days and the final assessment was done after 60 days.There was significant reduction instress when tested and the cortisol levels were also greatly reduced than the placebo group. The best part was there was no adverse side effects. If you are going through a rough patch in life or not able to deal with stress, consider taking ashwagandha for a few weeks.

We all know that the more sleep deprived we are, we rarely get good quality sleep. The results proved that when ashwagandha was given before bed time, it did increase the quality and the duration of the sleep time. If you are a person who is heavily sleep deprived and is finding it hard to get good sleep every night, consider taking ashwagandha for a few days.

The best part was like the ethanolic extract of ashwagandha, the water extract, which can be easily consumed by everyone also possesses the same anti cancer properties. It showed toxicity to cancer cells at the dosage of .8 % and it did not have any side effects on the normal cells.

Ashwagandha has been proven to increase the muscle mass through research! Wih increase in muscle mass it is easy to reduce the body fat. The study was conducted on 18 healthy individuals for 30 days with the dosage being increased every 10 days from 750 mg to 1000 mg and finally to 1250 mg. One person couldn’t tolerate the dosage and was removed the study.

All the others tolerated ashwagandha very well. The lean body mass and the fat percentage before and after the study confirmed what our elders have always known, that ashwagandha does indeed increase the muscle mass and gives one the strength of a horse :). The subjects also experienced reduction in their LDL cholesterol and all of them uniformly experienced improvement in their quality. 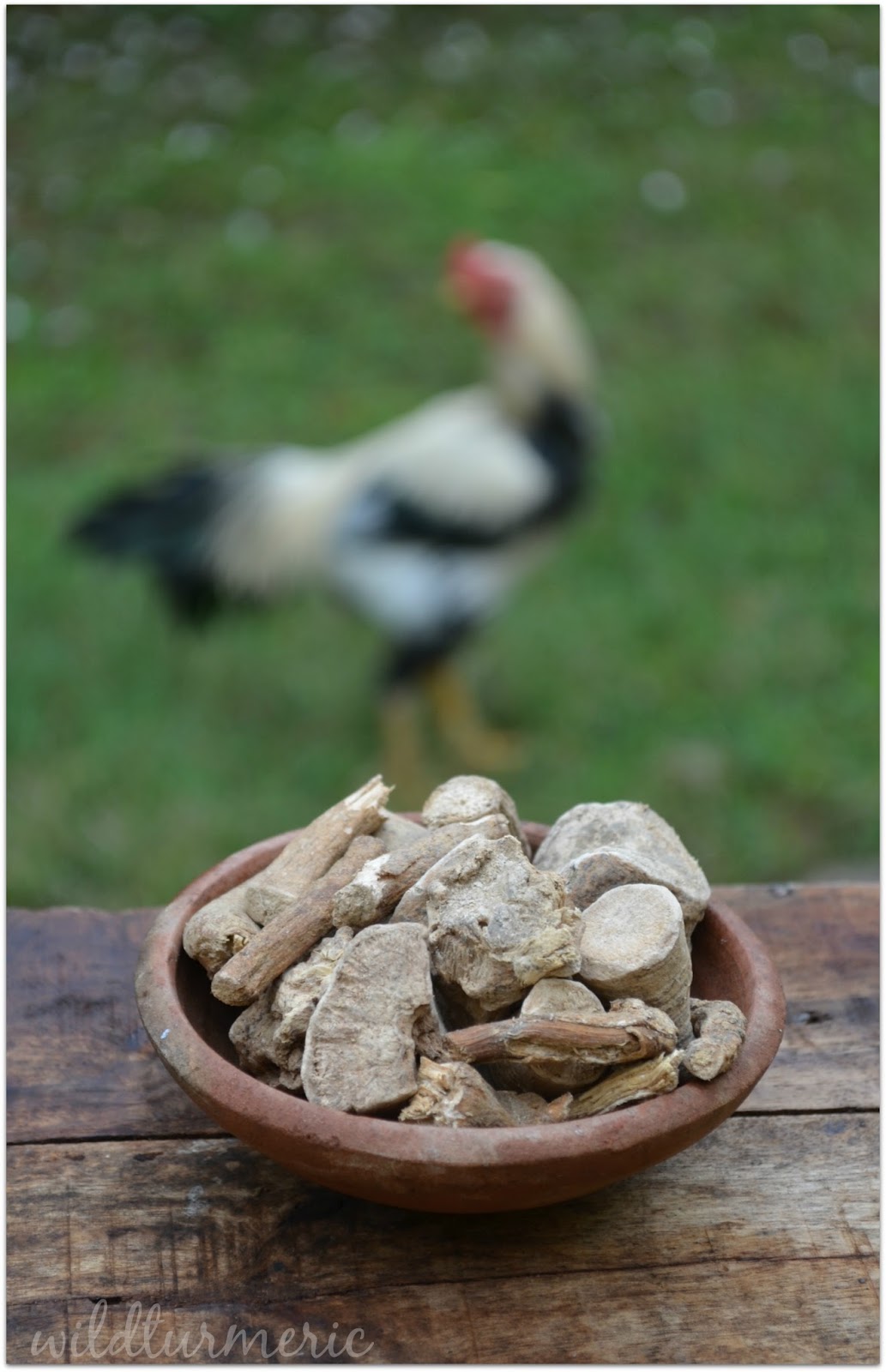