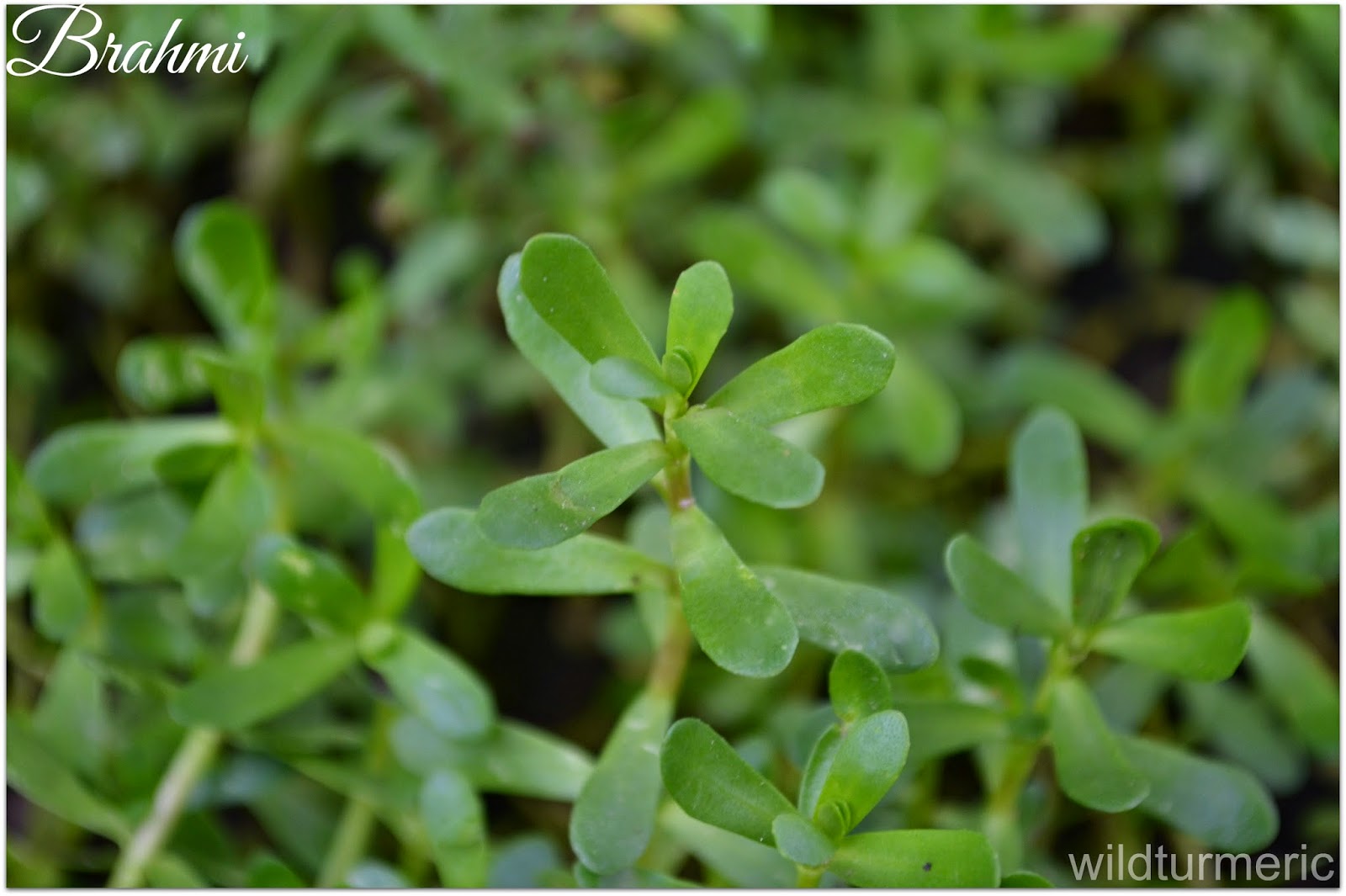 Water hyssop commonly called brahmi in India is an ancient herb that has been used for more than 3000 years. Brahmi plants are called neerbrahmi in Tamil and it’s botanical name is Bacopa Monnieri. Bacopa extract is known for it’s amazing use in increasing memory and for combating stress effectively.

Every part of this plant is used as a medicine and though I prefer to use fresh herbs all the time, those of you who don’t get brahmi plant easily, you can make use of brahmi powder that is easily available everywhere. Brahmi oil made with brahmi leaves is very very effective in promoting hair growth and in India, the oil is quite popular.

Brahmi grows all over India and it can be easily found near river beds. I have been wanting to grow brahmi in my garden for a long time, but somehow or the other I kept postponing it. Last week a very kind, local herbalist gave me a bunch of seedlings for planting, I was so very happy!

Since the rains have started, I am waiting and hoping that the brahmi plants will grow fast. Brahmi produces small white flowers, since my brahmi plants are very young, they didn’t have any flowers to photograph. I will update the post with pictures of brahmi flowers when they start flowering.

Almost all of us including children live in a constant state of stress. Especially the stress that children go through during examination is terrible and needless to say, we adults always and forever live in a state of constant stress. I know it will be next to impossible to live a life free of stress, but we can learn to deal with it and certain herbs make it easier. Brahmi occupies a very important place in keeping us stress free.

Using brahmi externally as an oil and internally in the form of tea or capsules will help us pass through rough times in life without undue anxiety and depression. Try to make use of this herb often and combat stress effectively. Many confuse brahmi with Indian pennywort | gotukala (vallarai in Tamil and it’s botanical name is Centella Asiatica). Though vallarai is also very good in improving the brain function, they both are different plants and have their own distinctive qualities….

Brahmi oil when applied on the hair regularly will help in promoting hair growth. It treats all the problems of the hair effectively. Brahmi oil prevents split ends if applied till the hair end, prevents dandruff if massaged into the scalp regularly and strengthen the hair roots. You can either buy brahmi oil from the shops or make your own.

As usual I prefer to make my own from scratch and I will be posting brahmi oil soon. Brahmi oil can also be used to reduce stress when used externally. If you add a few drops of this brahmi oil in the bath before going to bed, it will help you sleep better. Brahmi has a positive effect on our skin tone, Since brahmi is rich in antioxidants, it removes the toxins from the body thus it helps improve the skin complexion.

Like vallarai plant, brahmi also can be used for enhancing memory.  Especially for children who have trouble memorizing, brahmi powder will come to the rescue very effectively. There was a study conducted on 76 adults on the affect of brahmi on human memory. Half the people in the group were given brahmi capsules and the other half were not (placebo group).

They were tested at  8 weeks and 3 months. After three months the participants were asked to discontinue the tablets and then they were tested again after 6 weeks of stopping the medicine. The results showed no difference in long term memory or short term memory acquired before conducting the experiment but there was a significant variation with the brahmi group in retaining new information compared to the placebo group.

The scientists have concluded that brahmi extract has got significant effect on the hippocampus part of the brain which is responsible for memory. Brahmi will greatly benefit kids with attention deficient disorder and will help kids learn new things faster. Brahmi can be safely given even to infants without any side effects.

Brahmi protects the brain cells. It prevents and treats many diseases that are related to brain. For instance, scientists are now considering brahmi for treating Parkinson disease which affects the brain. It is also being researched as a potential medicine for patients who suffer from Alzheimer’s diseases which results in rapid degeneration of brain cells.

One of our family friends mother suffered during her old age till her death because of Alzheimer disease. She was an amazingly good cook and it was heart breaking to see her forget everything she loved and was good at. I used to pray to god that they find a complete cure for brain degenerative diseases fast and  hopefully herbs like brahmi will be the answer that scientists are looking for…

Brahmi has been used for thousands of years for treating anxiety and depression. When consumed internally, it is said to increase the serotonin levels in the brain which is the main reason for a calm mind. You can either take brahmi in tablet form which is cheaply and easily available in the markets or try brahmi tea.

To make brahmi tea, collect the leaves and sun dry them till crisp and store. To make the tea, boil 1tsp of dried brahmi leaves in 1/2 cup of water, strain and sweeten with honey. If you don’t want to go to all the trouble of collecting fresh leaves, drying and making the tea, try dry brahmi leaves that are readily available in the markets.

Especially if you are going through a very stressful period of time, try drinking brahmi tea regularly, it will greatly help. In India, we get tulsi-brahmi tea combination, give it a try….

Brahmi when taken internally can cause stomach discomfort like cramping, nausea and boating if had in empty stomach so try having brahmi after food. Brahmi can be safely used during pregnancy but I would suggest using it only after consulting an ayurvedic physician.

And don’t overconsume brahmi,  if you consume too much of brahmi at one time, it may cause stomach discomfort, so don’t go above the suggested dosage of 250 mg to 350 mg. Though brahmi is said to increase the serotonin levels, taking brahmi does not cause any discomfort by inducing sleep while driving. In short, brahmi is a safe herb to consume but don’t consume it in large doses….. 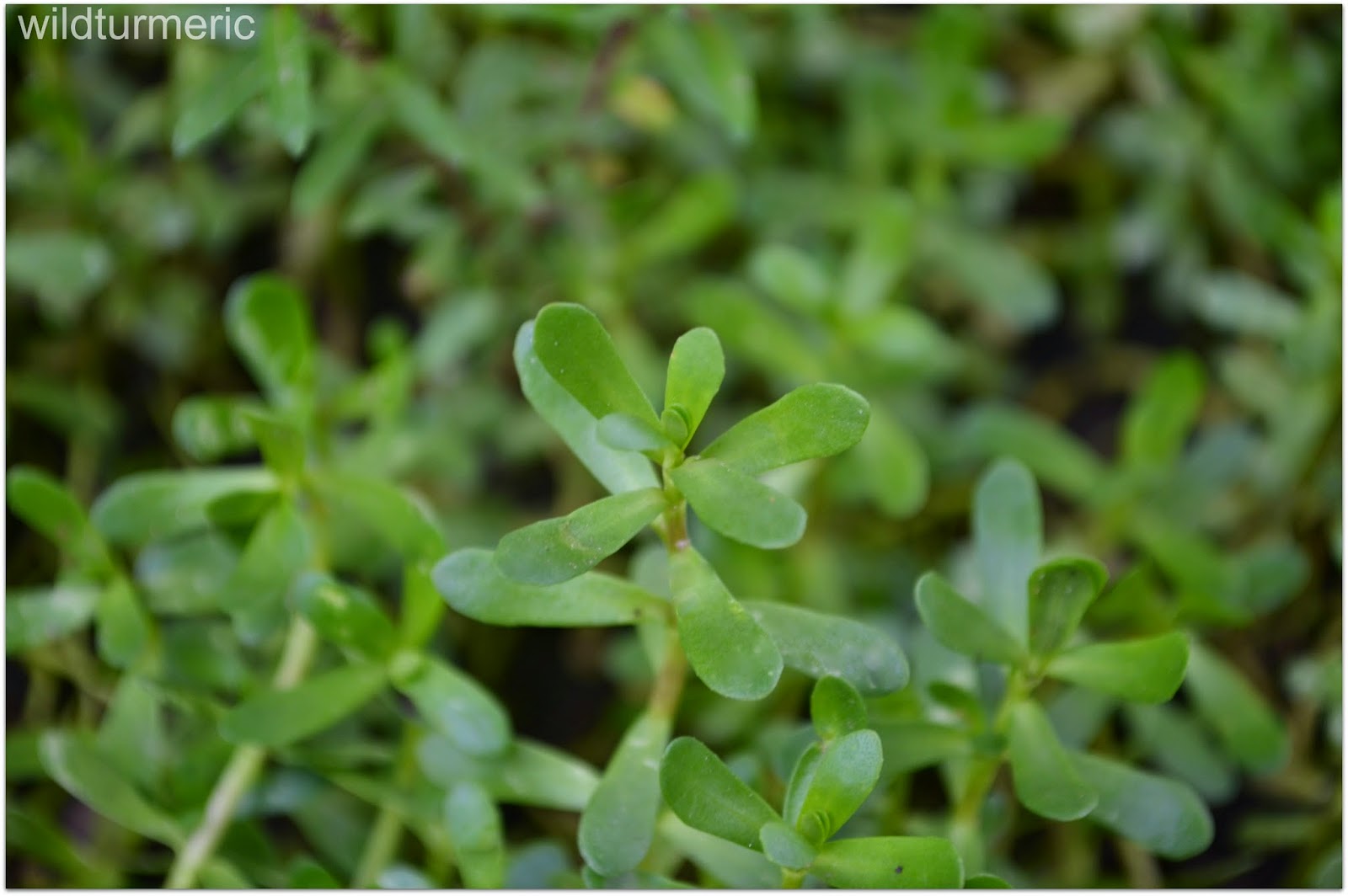