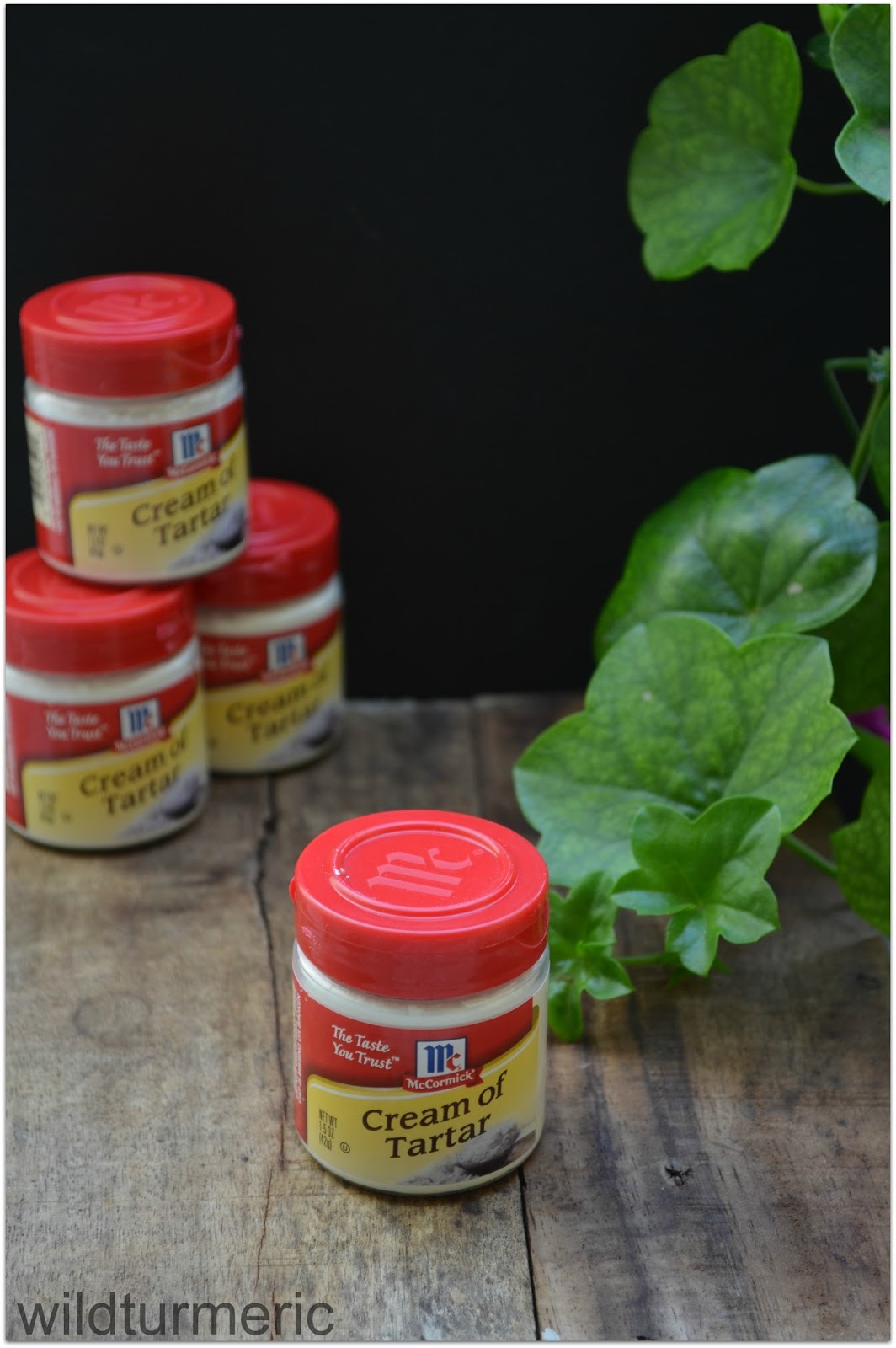 What is Cream Of Tartar?

Cream of tartar is a white acid salt got during the wine making process. Cream of tartar’s chemical name is potassium hydrogen tartrate | potassium bitartrate. It is not easily available in India except for some specialty shops but you can easily order it online.

How is Cream Of Tartar Made?

During wine making process, when the wine is left to ferment in the barrels, a layer of residue forms at the bottom of the barrel, it can also form in wine bottles too. This residue is cream of tartar in crude form, it is then filtered and then purified to get the white powder that we see in markets.

Where To Buy Cream Of Tartar?

Cream Of Tartar Side Effects:

a. Cream of Tartar For Cleaning:

Cream of tartar is wonderful for cleaning and it can be used for removing stains from clothes to bath tubs depending on the ingredient it is mixed along with.

1. Cream of Tartar With Lemon Juice For Removing Stains From Clothing:

Cream Of Tartar : 1 tbsp
Lemon Juice: 1 tbsp
Mix both cream of tartar and lemon juice together into a paste and apply on the stain, wait for few minutes before washing it off. This recipe can be used for removing all kinds of stains from clothing.

2. Cream of Tartar With White Vinegar For Kitchen:

Cream Of tartar: 1 tbsp
White Vinegar: 1 tbsp
Use this mixture to remove all kitchen counter top stains. It can also be used to remove stains from porcelain, clean ovens, stubborn stains in pots and pans.

3. Cream of Tartar With Hydrogen Peroxide For Bathroom:

Cream of tartar: 1 tbsp
Baking soda: 2 tbsp
Hydrogen peroxide: as required to form a thick paste.
Apply this paste on stains in bathroom sinks, tubs, kitchen sinks, let it soak for 30 minutes and then scrub and wash

b. Cream Of Tartar For Cooking:

4. Make Your Own Baking Powder:

6. Cream of Tartar For UTI:

Though there is no clinical study to support this remedy, using cream of tartar is an age old remedy for UTI that has been followed in many countries. It is made by mixing 1 tsp of cream of tartar in 1/2 cup of water along with a squeeze of lemon juice. Drinking this mixture is said to change the pH level of the urine thus preventing bacterial infections.

7. Cream of Tartar For Constipation: 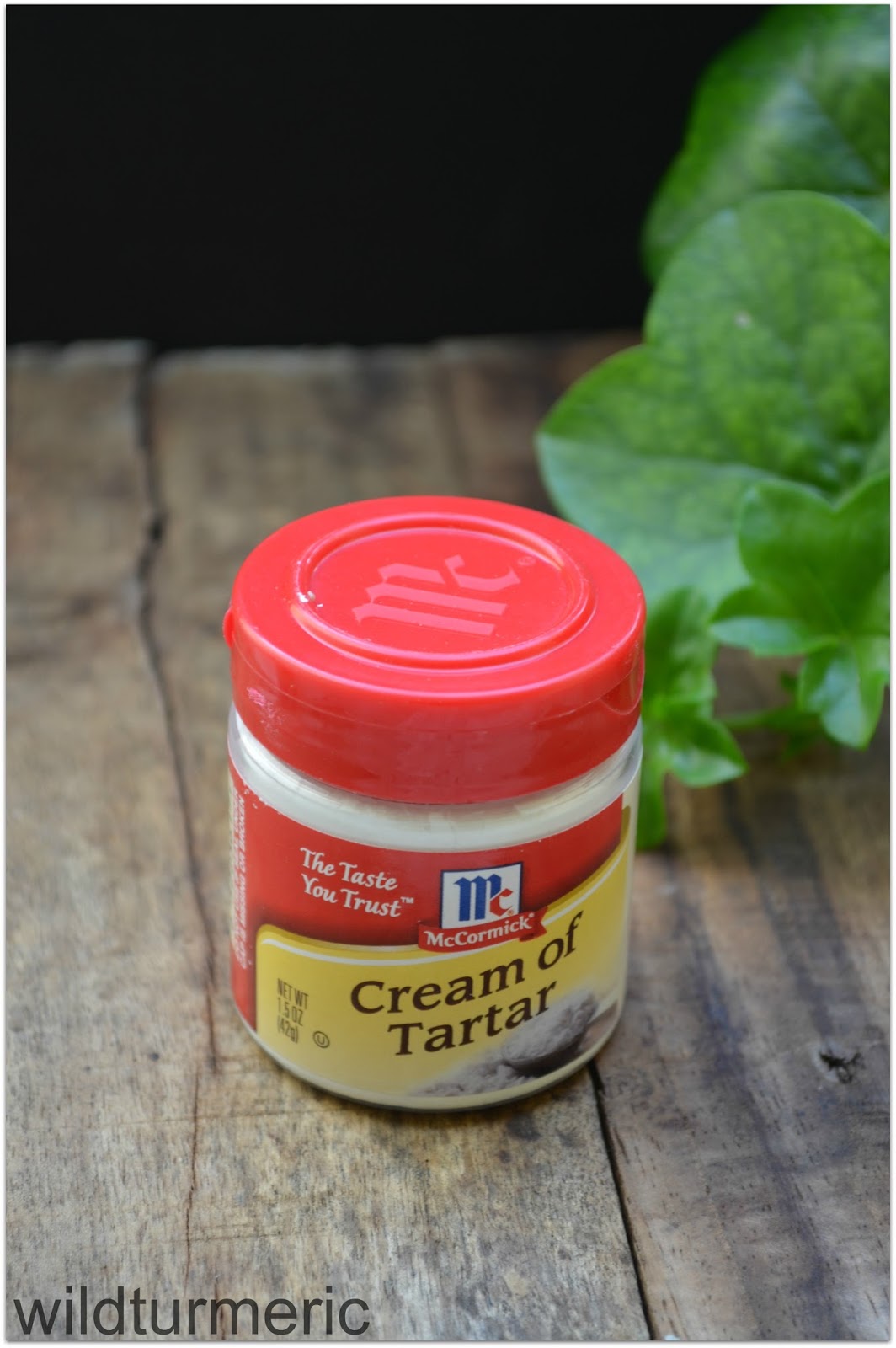