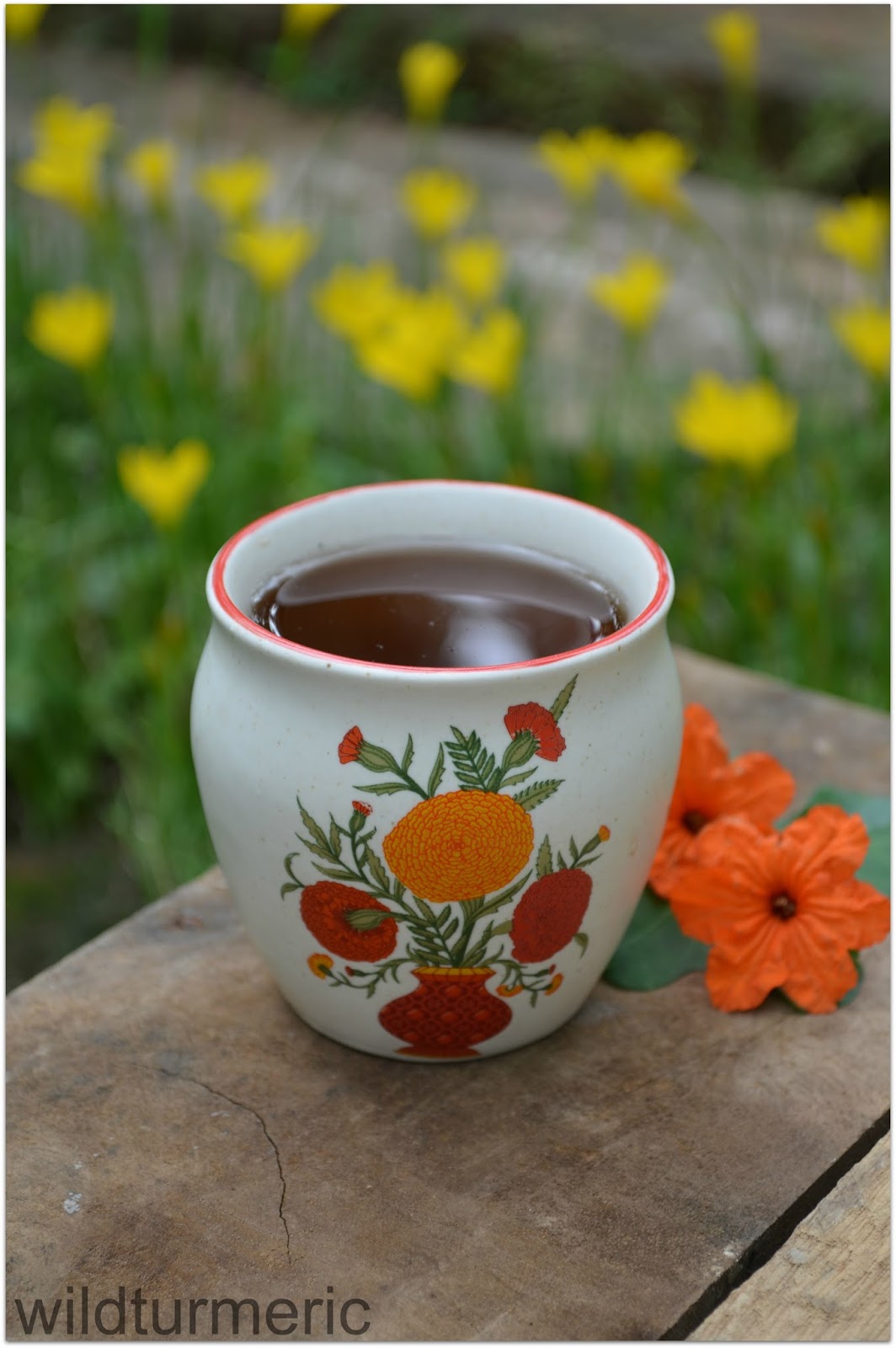 Gripe water has been around for centuries and according to me it is one of the most effective preparations that we can make at home. Though we can easily buy gripe water from the markets, I prefer making it at home as we know what goes into it. When babies suffer from colic, they experience sever pain, this is mainly due to gas.

When we give them gripe water, it helps get rid of the gas and also helps relieve the stomach discomfort. If your child is colicky, please don’t be unduly worried, it gets alright on it’s own. But to treat the colic pain for young babies, I would suggest making your own gripe water as it is very easy to make at home.

What Is Gripe Water?

Gripe water is a liquid that is used for treating colic pain in infants. It is usually made by boiling herbs that relieve stomach discomfort. Gripe water can be either made at home or store bought. My son was a colicky baby, my husband and I used to dread the nights as he used to cry uncontrollably every night. He used to refuse taking his feed and this went on for a few weeks when suddenly it stopped on it’s own. At that time only home remedies like fennel seed water kept us sane.

Another concern is sodium bicarbonate which is found in almost all commercial gripe water formulas. It is not safe for young babies to consume sodium bicarbonate often and it might lead to complications. Another worrying concern is the sugar content, it is unusually high in most of the formulations. If breast feeding mothers give store bought gripe water regularly, babies might get addicted to the sugar taste and might not take in the breast feed. I prefer to use only homemade gripe water and that too only occasionally and never on a day to day basis.

I would suggest using fennel based gripe water till the baby is a year old. Use it only if you are not able to pacify the baby at all as even fennel tea if consumed daily for longer periods of time has its own side effects. Please remember that colic stops suddenly on it’s own and though enduring sleepless nights with a screaming baby is very hard, it is a short phase and if we accept that, it is much easier to deal with it.

1. Gripe Water Recipe With Fennel: From 3 Months to 1 Year 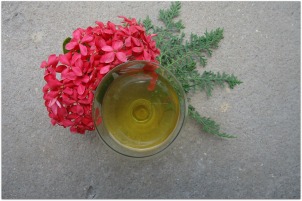 For treating colic pain in babies from 3 months to 1 year, I would suggest using only fennel water. To make the fennel water, dry roast a tbsp of fennel seeds in an empty pan for few seconds. Add a cup of water to it and boil till it reduces in volume and the color changes.

This water has a strong aromatic smell and we usually don’t add any sweetness to it.  This fennel infusion is best made fresh each time and the dosage is usually a tsp at a time for new born babies and for babies above 6 months, 2 teaspoons can be given. But please don’t give this infusion on a day to day basis….. 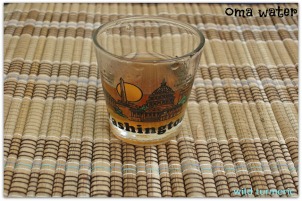 This recipe can be used from 1 year onwards and it is a recipe that I still turn to if I suffer from flatulence. Carom seeds also called as ajwain seeds are popularly called omam in Tamil and can be found in all the departmental stores. To make the infusion, take the required amount of ajwain (for adults use around 2 tbsp, for children usually 1 tbsp will do) in a heavy bottomed roasting pan.

Roast ajwain in medium low flame for about 2 minutes until a slight smell comes and it starts popping. Keep stirring often and don’t let it burn. Pour about 1 cup of  water (200 ml) and let it boil. Boil till it reduces down to about half its volume and the color of the water changes to brown color. For an year old kid, 1.5 tbsp will work well and for adults 30 to 40 ml will work well. 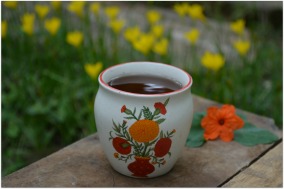 This recipe for gripe water is made with fennel seeds, fresh ginger root and chamomile. This a very soothing tea and will also give a good nights sleep. This infusion is a bit spicy because of the ginger root and so we prefer not to use it for young babies. Traditionally chamomile was not used as it is not readily available here in India. But I would recommend adding it as it is very soothing. This infusion tastes absolutely delicious and this recipe also has jaggery which makes it even more tasty.

To make the infusion, bruise a tsp of fennel seeds and a small piece of ginger slightly and boil them in a cup of water along with required amount of jaggery. Once it comes to boil and the jaggery has dissolved, add a chamomile tea bag and let it infuse and strain. For young children 2 to 3 tbsp of this mixture will work well and for adults a cup of this tea will act as a good remedy for flatulence. 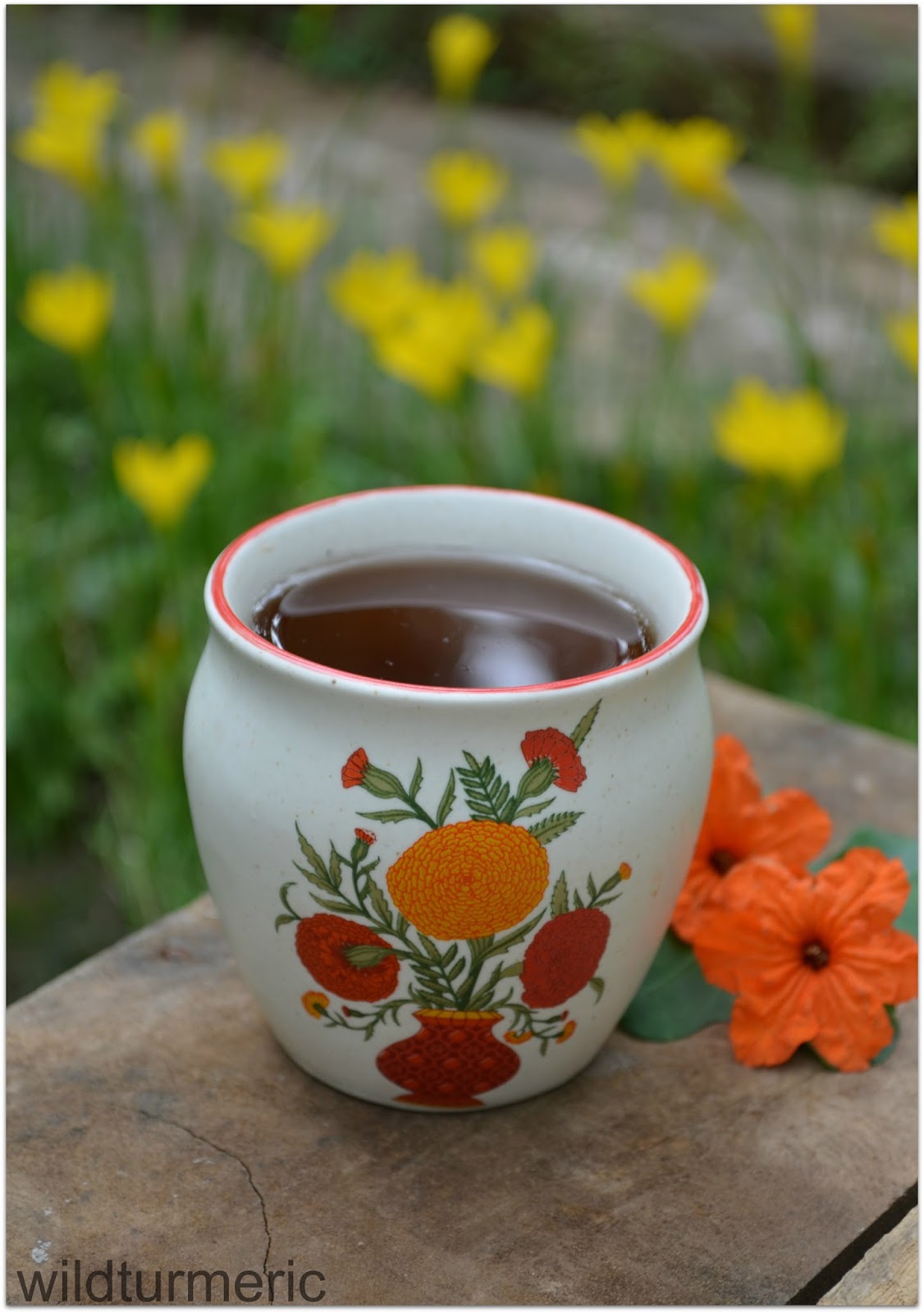