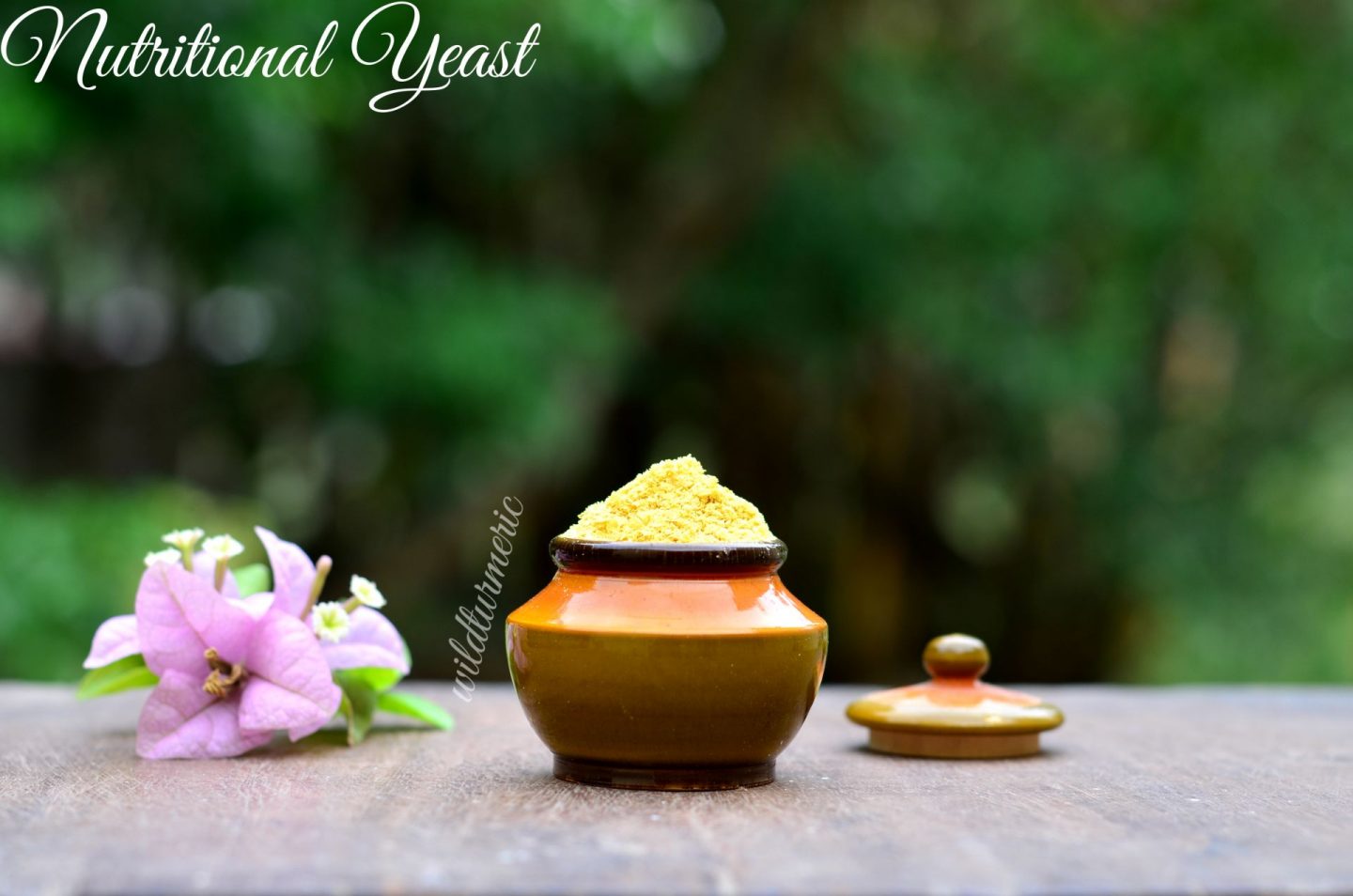 We always associate yeast to beer and bread making and almost everyone must be aware of bakers yeast that is easily available in all the departmental stores but there is a type of yeast called nutritional yeast that is used as a supplement too. Nutritional yeast has wonderful health benefits and in recent years it has become very popular as veganism has gained in popularity.

It is used as substitute for cheese as it tastes little like cheese and also because it is rich in vitamin B12 which is lacking in vegan diet. There are many varieties of yeast and many cause problems to humans but some are beneficial too. In that small group of beneficial yeasts, S.cerevisiae is the most important. It is the variety used both for making brewing and baking yeast and nutritional yeast is nothing but brewers yeast which is deactivated.

What Is Brewers Yeast?

Yeast are single celled organisms that convert their food through fermentation into alcohol and carbon dioxide. This trait of yeast is what makes it an important ingredient for making beer and bread. Brewers yeast is a type of yeast that belongs to one strain of S. cervisiae.

Why Brewers Yeast Is Beneficial?

All species of S.cerevisiae multiply many times before they die resulting in millions of offsprings. But to do this, yeast requires nutrients and since yeast usually grows on foods that lacks certain nutrients that it requires, it manufactures its own nutrients making it a complete food.

Brewer yeast is usually got in two ways.

When Brewers yeast is got as a byproduct of beer making, it is usually grown on barley and has a bitter and unpalatable taste.

When bred on sugar beets, it acquires a slightly sweet nutty flavour. Usually, brewers yeast cultivated as a food supplement (nutritional yeast) is bred on beets and are dried at higher temperatures thus killing the live enzymes resulting in a non leavening yeast that will not ferment at all.

Brewers yeast is believed to be originated from the skin of grapes. When these naturally occurring yeasts accidently got mixed up with drinks and flour, it resulted in a very tasty product. So overtime, people learnt to select and cultivate the strains that would work best on the food that is commonly found in their region.

Brewers yeast is rich in vitamin B, especially biotin, folic acid, pyridoxine, niacin, pantothenic acid and thiamine. Depending on how it is grown, it can also be an excellent source of vitamin B12. So vegans whose diet is generally lacking in vitamin B12 will greatly benefit including nutritional yeast in their diet regularly.

The nutritional value of yeast may vary depending on how it is grown. Depending upon the way in which brewers yeast was grown, it can also be an excellent source of many minerals like copper, zinc, potassium, magnesium and chromium.

A randomised double-blind clinical trial was done on 90 adults with type 2 diabetes. They were divided into two groups, one group were given 1800 mg of brewers yeast and another group received placebo. After 12 weeks, systolic and diastolic blood pressure were decreased in the group receiving brewer’s yeast.

Brewers yeast is a good source of high quality protein as it contains all essential amino acids, just 2 tbsps of brewers yeast contains 8 grams of protein! It is also rich in lysine, vegetarians and vegans will especially benefit including it in their diet regularly.

Vegans mainly lack vitamin B12 in the diet and brewers yeast is a good supplement for them because when grown in the presence of vitamin B12, it provides the required amount of most of the B vitamins including vitamin B12.

Brewers yeast is a good probiotic and when consumed regularly, improves our gut health and protects the gut from harmful bacteria. It has been proven to be effective against pathogens like Escherichia Coli, Vibrio Cholera, Clostridium Sifficile and Salmonella. This is due to the pH changes due to yeast growth, production of high concentration of ethanol and secretion of antimicrobial compounds that helps get rid of the pathogens. It also helps reduce inflammation of the stomach.

Brewers Yeast is widely used in cosmetics as it helps improve skin conditions. In a study, formulation containing saccharomyces cerevisiae was applied on few volunteers and they all were tested later, the test results showed improved skin moisture and skin brightness levels. Another interesting use of brewers yeast is treating acne, in a study almost 75% of the patients experienced improvement after using cream containing yeast.

Vitamins and minerals like vitamin B, vitamin K and amino acids are very important for preventing and treating fatigue syndrome. In a clinical study, a nutritional supplement containing brewers yeast as a base was given to patients suffering from chronic fatigue syndrome and all the patients experienced marked improvement.

If you are buying to consume as a nutritional supplement, check the nutrients present in the product as it varies from brand to brand. Since the medium in which it was grown is very important, try to choose organic nutritional yeast.

Nowadays we get non fortified nutritional yeast that is 100 % food based without any synthetic vitamins added to it, they are expensive but well worth the price. After buying, store it in an airtight box in a dark place, it should last well for 6 to 8 months. We can also store it in the refrigerator for almost 3 years.

It can interact with blood pressure and diabetic medications. Since it is rich in purine, people who are prone to getting kidney stones and who have gout should avoid brewer’s yeast. People who are allergic to candida and yeast may not react well to consuming brewers yeast.

Brewers yeast can be made with gluten or it can be gluten free, people with celiac disease should only consume brewers yeast without gluten. Though brewers yeast is used for treating skin problems, some people might be allergic to it.