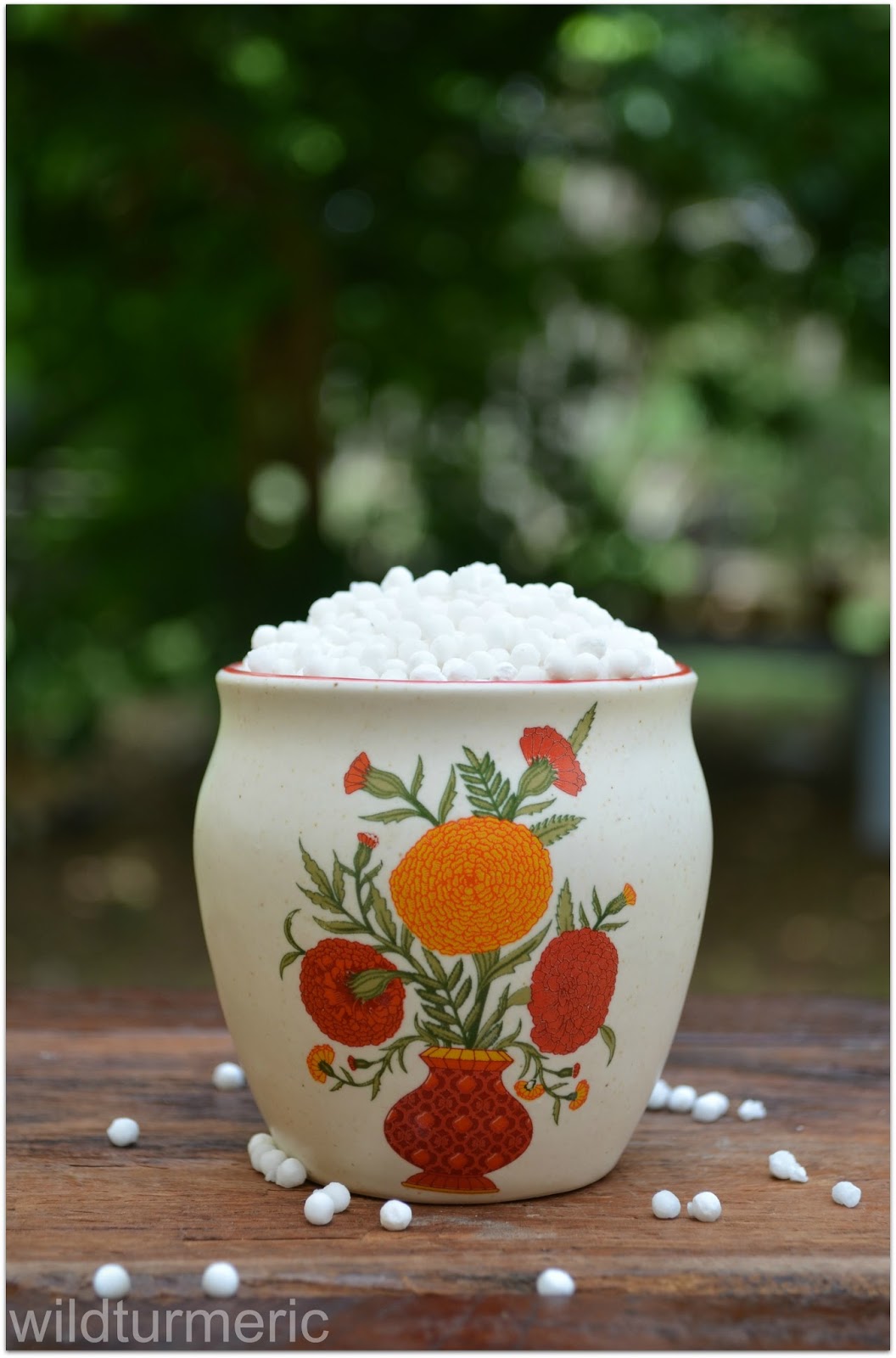 After reading about cassava root in the blog, one of the blog readers wanted me to write about sago. The word sago confusingly refers to two products, one is made from the starch got from different sago palm trees and the other which is widely used in India is made from the starch got from cassava root which is also called tapioca sago | sabudana.

Sabudana is a processed food product made from cassava plant whose botanical name is Manihot Esculenta. The starch got from the roots is popularly called tapioca and it is also used extensively all over the world. Here in India, the cassava plant itself is referred mostly as tapioca plant.

Though the boiled cassava root is also consumed here in India, sabudana is very very popular. I love sabudana, one of my favorite sweets when I was younger was sabudana soaked in milk and cooked along with ghee, sugar and coconut, we used to call it paal maavu in Tamil.

If you are not fond of consuming boiled cassava root then sabudana will be a good alternative. In India, Tamil Nadu ranks first in the production of sago and Andhra and Kerala are also major producers.

Tapioca sago is called Tapioca Pearls in English, Javvarisi in Tamil, Sabbaki in Kannada, Chavvari in Malayalam, Saggubiyyam in Telugu and Sabudana in most of the North Indian languages like Marathi, Hindi, Gujarati, Bengali & Punjabi.

How Is Sabudana Made?

Sabudana is made by first washing and peeling the outer skin of cassava root and then grinding into to a pulp. The water is made to dry out leaving the pure tapioca starch behind which is then made into small rounds that we get in the shops using machinery.

100 grams of sabudana has around 85 grams of carbohydrates, 350 calories, .5 grams of fiber and it also has iron and little bit of copper, magnesium and phosphorus.

Though here in South India we don’t give sabudana to babies much (we prefer ragi) in many North Indian states sabudana khichdi is given to babies. Sabudana is high in carbohydrates and calories and gives good amount of energy for babies and toddlers.

Sabudana is one of the popular ingredients that is consumed during most of the religious fasting in India as it is a high carbohydrate food that gives instant energy.

Sabudana is high in calories (approximately 350 calories for every 100 grams) so if you are person who wants to gain weight then including sabudana in your diet is a good idea. Especially if made into a kichdi with groundnuts and boiled potatoes which is calorie dense it provides a lot of energy.

Unlike the boiled whole cassava root, the starch has a high GI of 85 and is low in fiber so diabetic patients if they want to consume it should consume it in the form of traditional khichdi made with peanuts so it lowers the overall GI of the food.  It is also high in calories and has a high GI so people who wants to lose weight should consume it in moderation and always have it the way we prepare traditionally at home….

This kheer is very famous in our place and we make it often at home. To make the kheer, wash 1/4 cup sabudana and soak it in 3/4 th cup water for an hour or two. Take the soaked mixture in a bowl along with 11/4 cup of full fat organic grass fed milk and boil it in low flame till sabudana is cooked.

Make sure to stir often and once cooked, add enough jaggery | sugar | raw sugar to taste. It should be thick and creamy. Add cardamom powder, fried cashews and raisins and mix well and serve…. 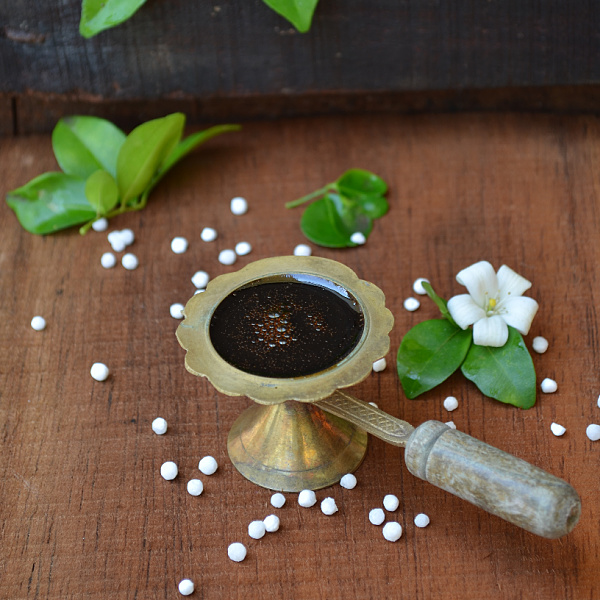 We generally use vengampal as bindi for kids but some people do use bindi liquid made out of sabudana. It is easy to make all you need is sabudana and lot of patience. Though the bindi will not be black color, it is an allergy free bindi that can be used safely for babies, you can find the step by step method for making it here. 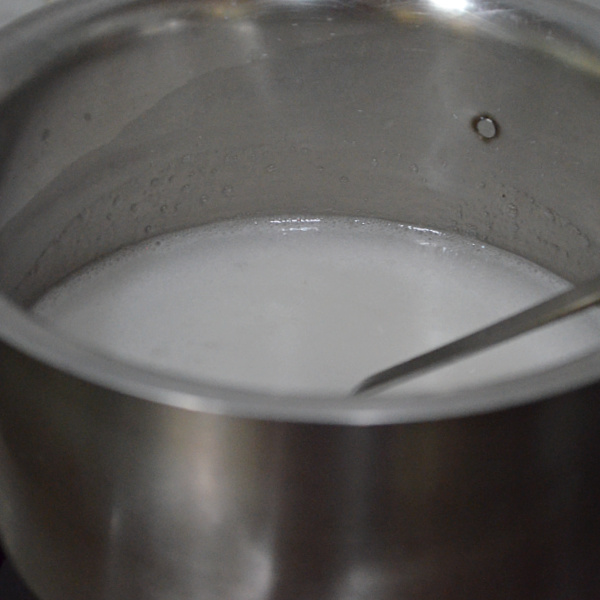 Sabudana liquid is great for starching cotton clothes. Since sabudana is cheap and easily available, it is widely used for starching clothes. Take 1/2 cup sabudana in a dry mixer and powder it to a fine powder.

Mix the powder in 5 cups water till there are no lumps and boil in low flame till it gets glossy and then switch off. Use the mixture to starch the clothes… 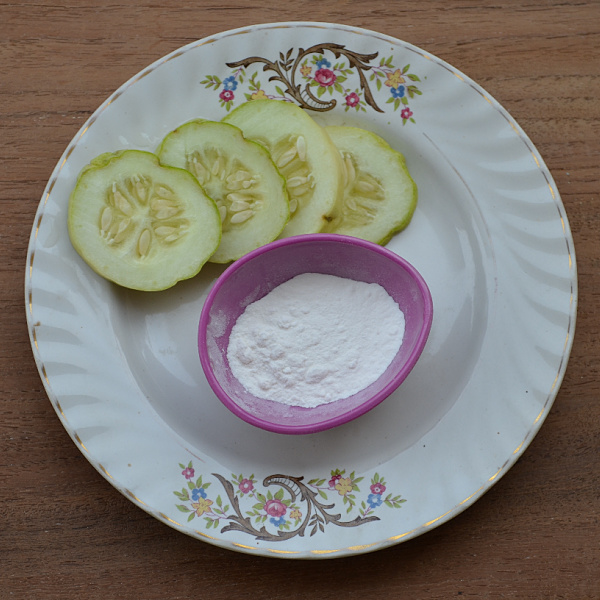 Sabudana porridge is very very soothing when applied on the skin and is great for treating sun burned skin. For the remedy, take little bit of sabudana which has been cooked in milk but before adding sugar.

Take 1/4 cup of paal javvarisi and soak it in water for 4 hours. Once it has soaked, strain the water. Heat little bit of ghee in a pan and add the soaked javvarisi and fry in low flame for few minutes. Add 1/2 cup of milk and let it boil in low flame.

Once the javarisi is cooked and the milk has dried up, add sugar and let it melt. Once the sugar has melted, add grated coconut and powdered cardamom and switch off. This sweet will not require much of ghee like our traditional halwas…. 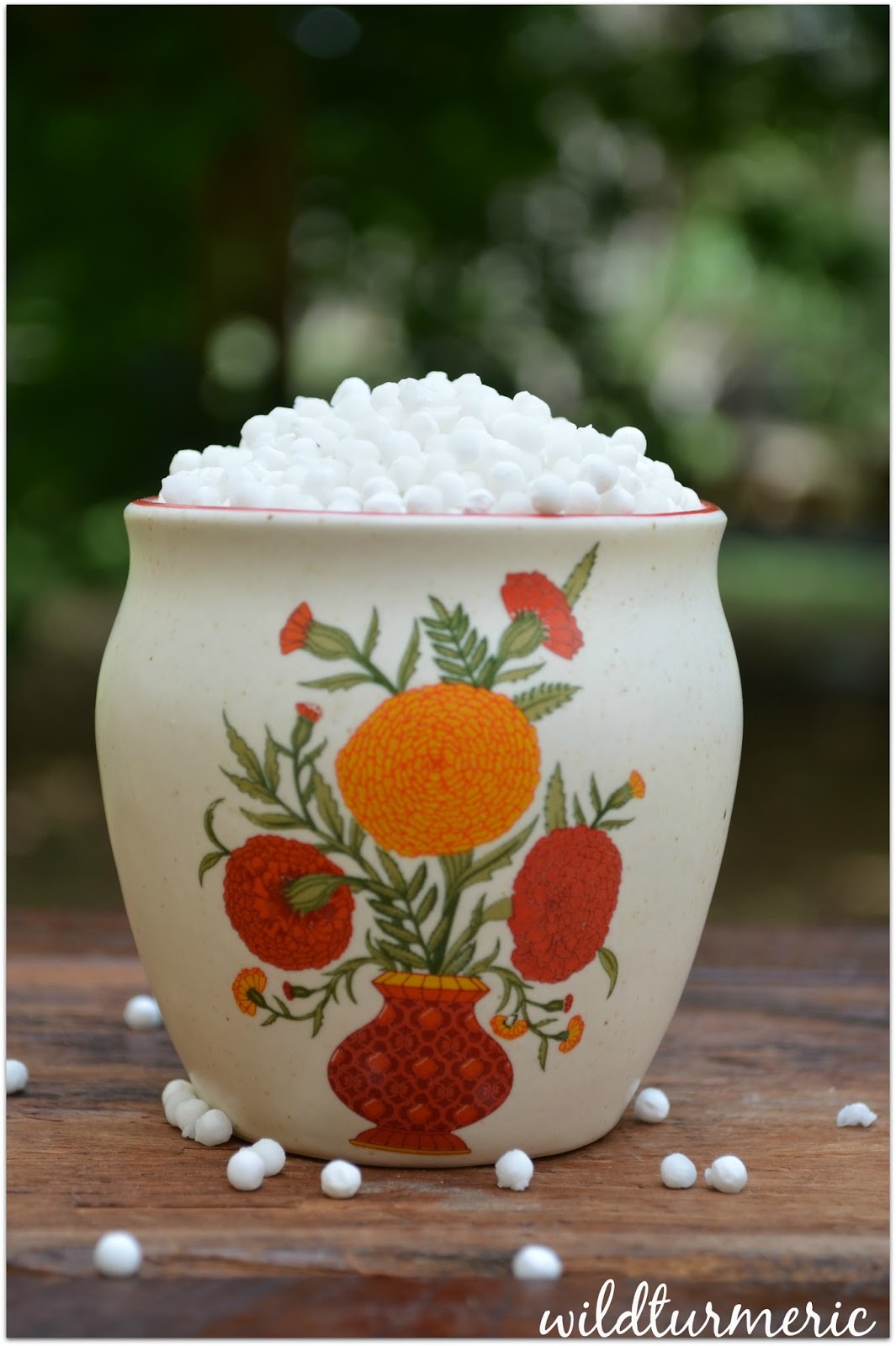