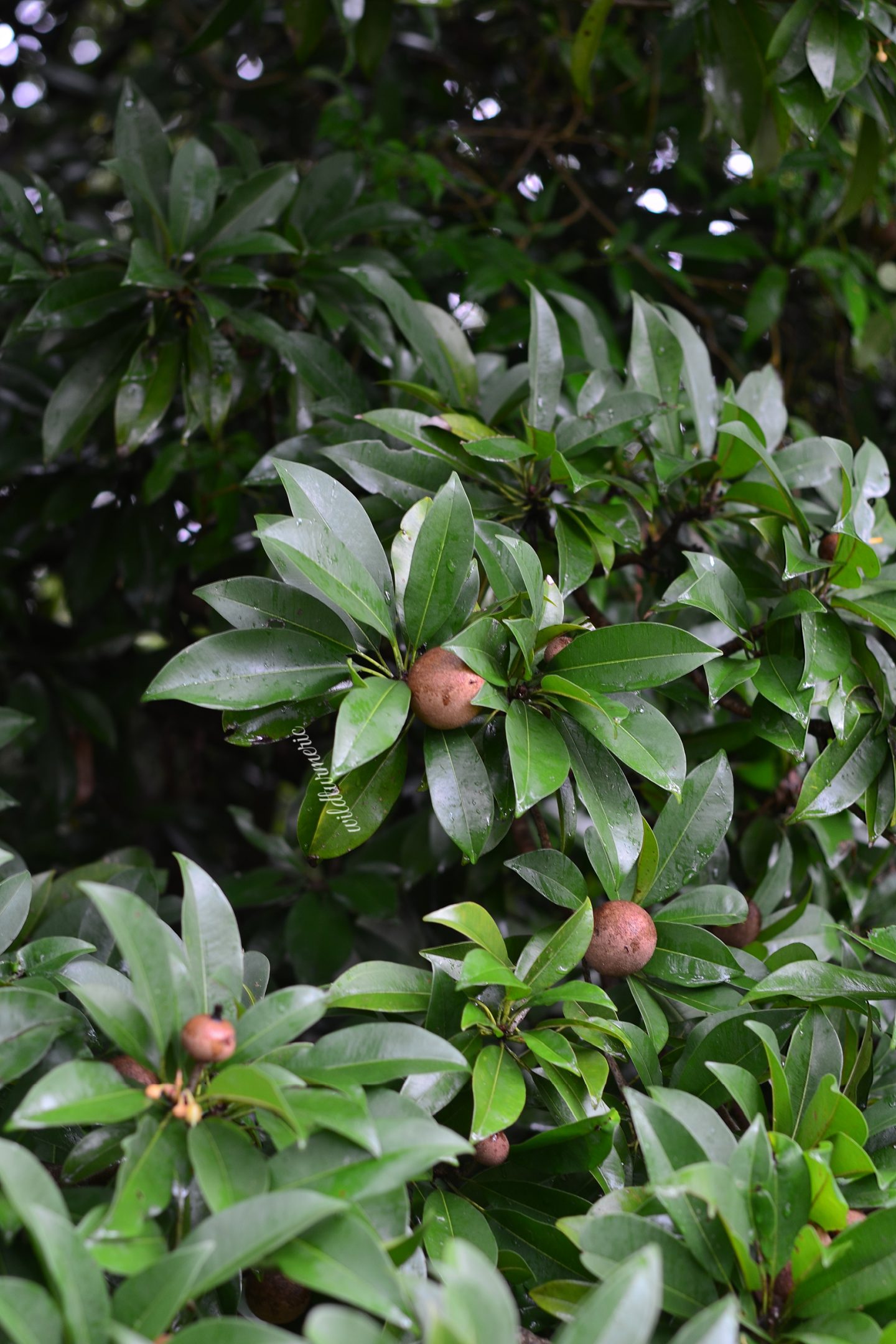 Sapota is one of my favourite fruits, we have 3 sapota trees in our farm so we have access to ample sapota fruits throughout the year. Sapotas are not only tasty, they have wonderful health benefits as well. From reducing cholesterol to keeping our skin youthful, sapota does have lot of health benefits.

It is a tropical evergreen tree that is native to Southern Mexico, Central America and the Caribbean. Now it is grown in large quantities in countries like India, Pakistan, Thailand, Malaysia and Indonesia. It is medium large tree that produces brown fruits which is popularly called a sapota in India. It is available all over India very cheaply, the flesh is brown colour and the seeds are glossy black in colour. The fruits are exceptionally sweet when ripe, we usually remove the seeds and scoop out the flesh using a spoon.

The botanical name of sapota is Manilkara zapota. It is called sapodilla plum in English, sapota in Tamil, Telugu, Malayalam & Kannada, Chiku in Hindi & Punjabi, Chikoo in Bengali and Cheeku in Urdu. 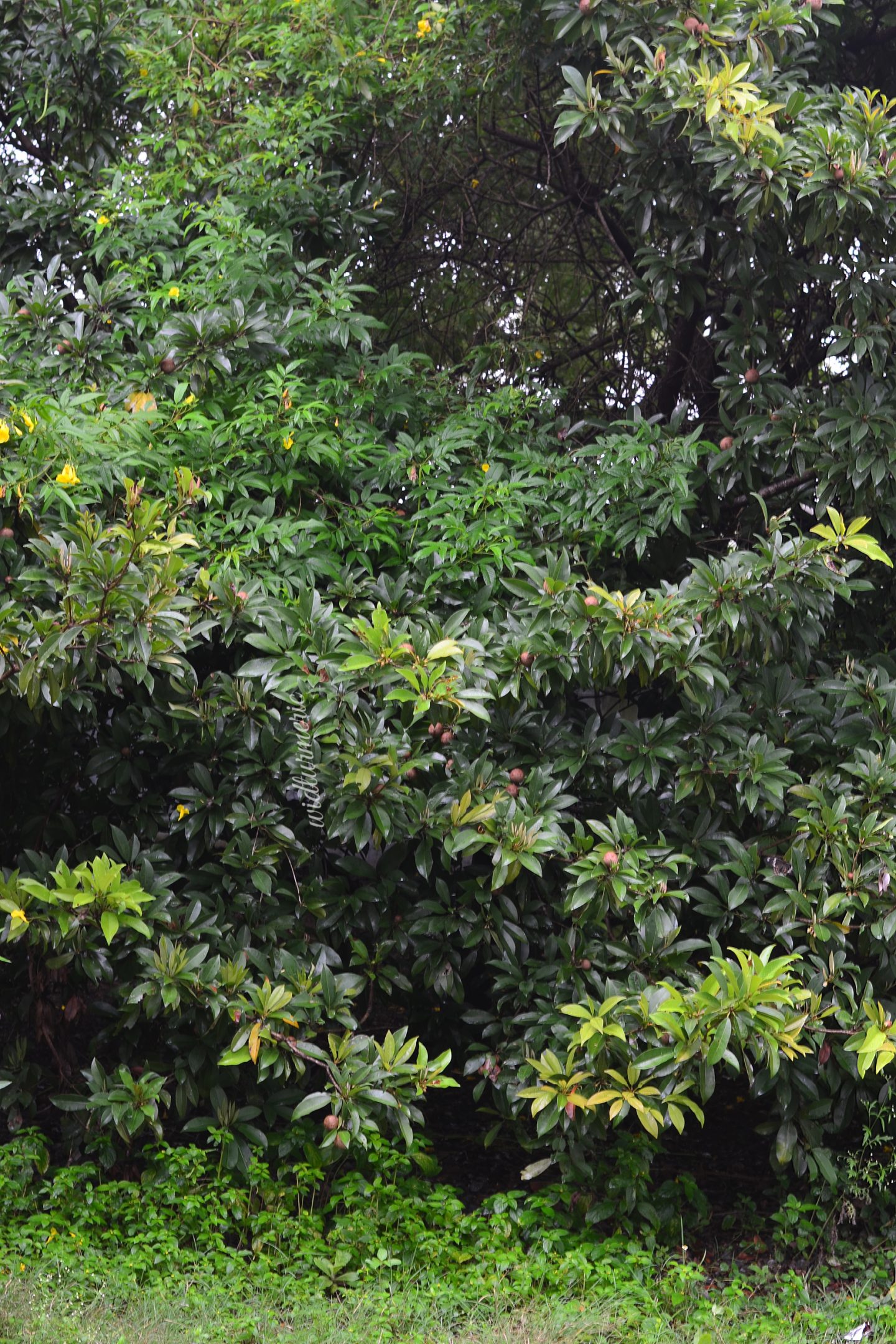 100 grams of sapota fruit contains 20 grams of carbohydrates, 5.3 g of fibre, 1.1 grams of fat and 4.4 grams of protein. It is rich in vitamins like riboflavin, niacin, vitamin B5, vitamin B6, folate and vitamin C. It is rich in minerals like calcium, iron, magnesium, phosphorus, potassium sodium and zinc.

Sapota if had in moderation will not cause any side effects. It can be had both by pregnant and lactating mothers too. Diabetic patients should consume sapota only in moderation, I would highly suggest monitoring your blood sugar levels closely when consuming sapota. 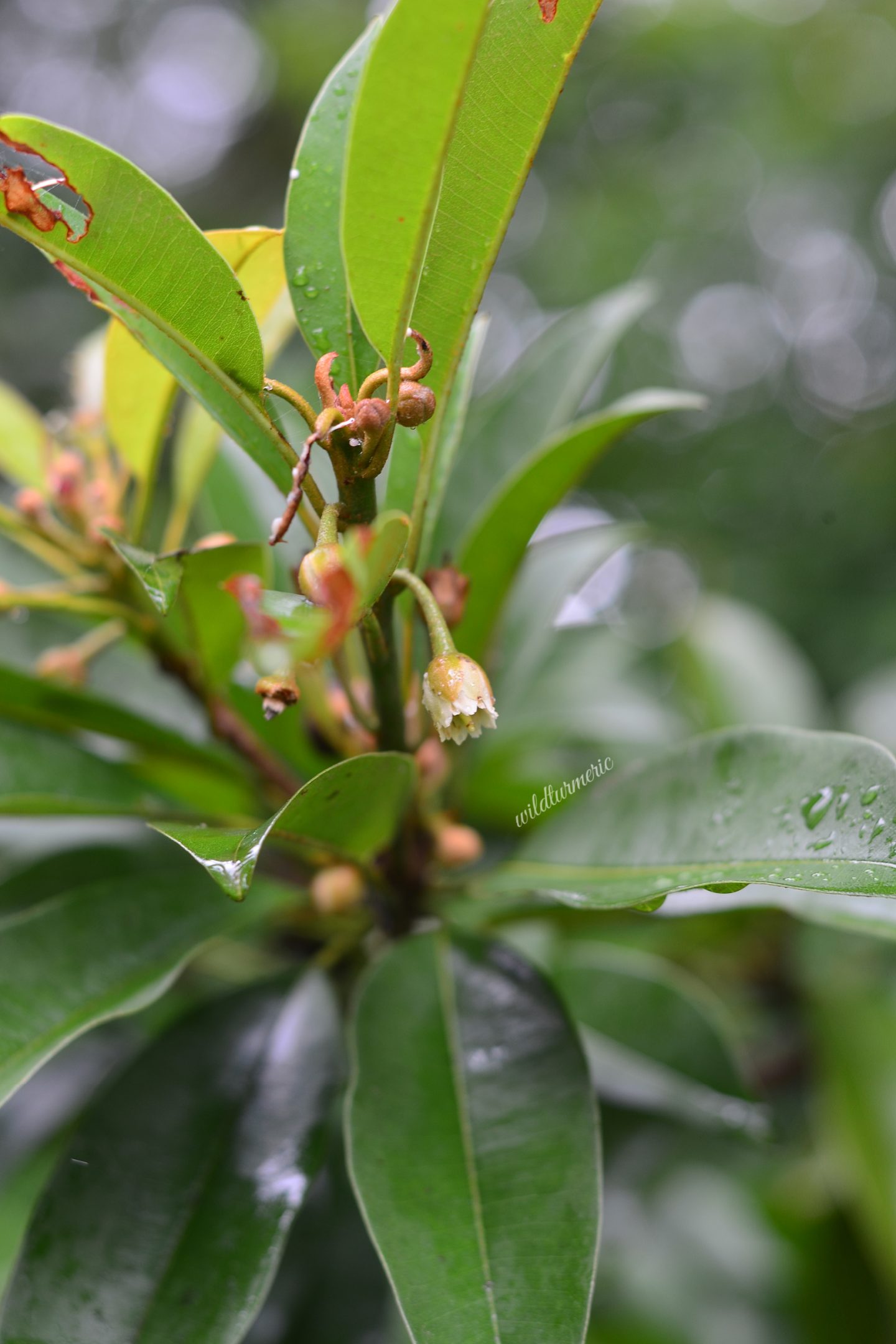 Both the fruit and the leaf extract has have anticancer properties. The leaf extract is effective against colorectal cancer, hepato cellular carcinoma and cervical cancer. This is due to the high amounts of antioxidants present in it. Regular consumption of sapota also helps improve immunity and promotes gut health, compromised gut health is also said to be one of the major reasons for developing cancer.

Sapota contains compounds called prenylated coumarins that has been proven to have anti HIV properties. They also have powerful anti-inflammatory properties too. These studies suggest that consuming sapota on a regular basis helps protect a person against HIV virus and inflammation.

Sapota seed extract has powerful antibacterial properties and is effective against gram positive and gram negative bacteria. Like the seed extract, the water extract of sapota leaves also have powerful antibacterial properties against 10 gram positive bacteria, 12 gram negative bacteria and a fungal strain called Candida tropicalis. The water extract is also effective in warding off housefly.

Both the leaf extract and fruit is good for both people suffering from high blood cholesterol and diabetes. Studies done on rats indicate that consuming sapota lowers insulin, total cholesterol and triglycerides. The percentage of weight gain also was declined in animals who were given sapota fruit pulp so it is a very helpful in the prevention of diabetes, obesity and high cholesterol.

Sapota is rich in antioxidants due to the high amounts of phenolic and flavonoid content. Supota fruit also has anti collagenase and anti elastase properties thus helping us have youthful skin. I would highly suggest both consuming it regularly and also applying it externally in the form of face packs. It also helps fight of free radicals which are the major cause of premature aging of our skin and hair.

Since it is rich in calcium, iron and phosphorus, it is good for our bones. It is a fibre rich fruit so it is a natural laxative and it also has a soothing effect on our stomach. Since the fruit is extremely sweet, it satisfies sugar cravings and is a good alternative for people who crave sweets. 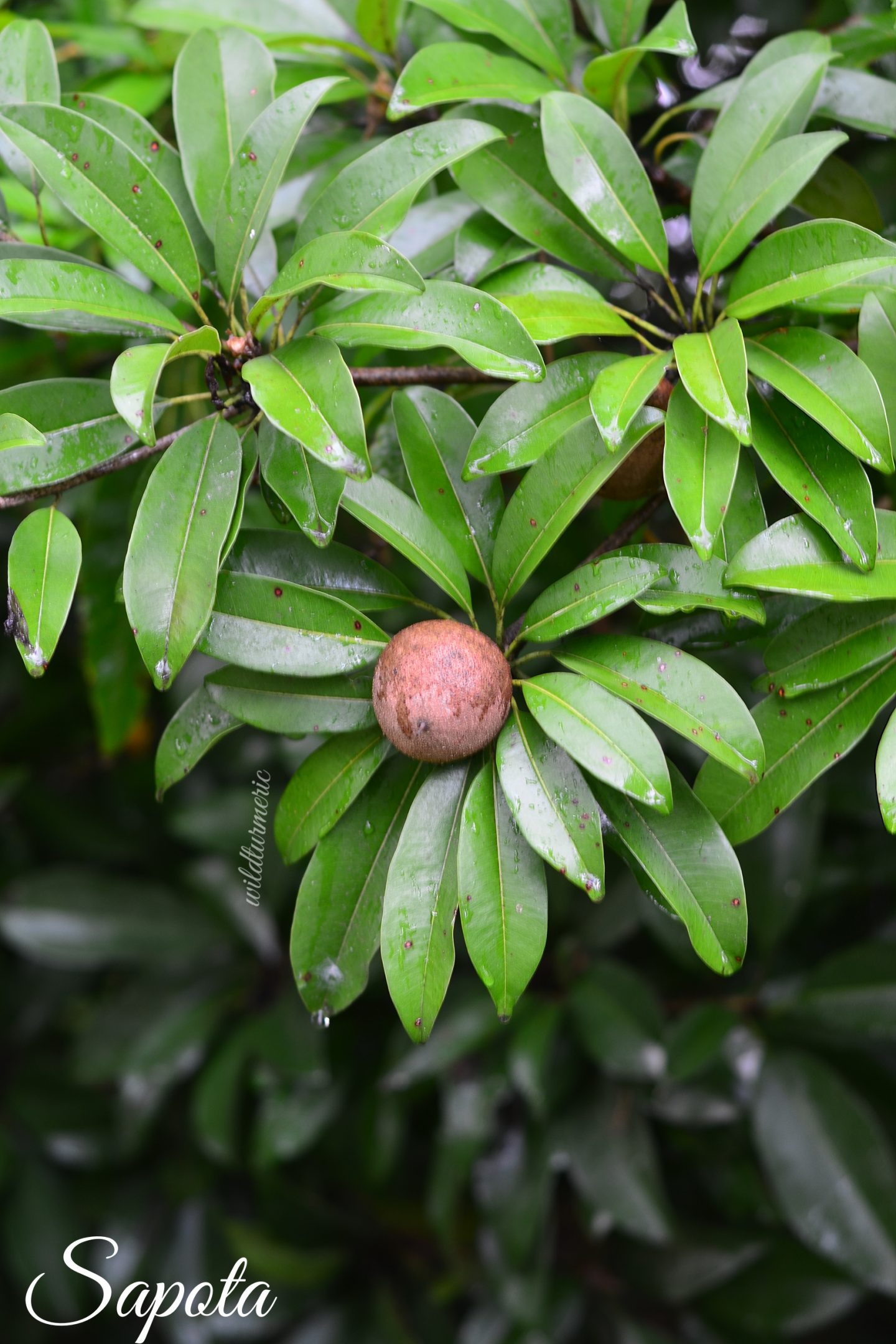 Take the flesh of three sapota fruits in a blender along with a cup of milk, 4 to 5 seedless dates and blend well. This is an amazing milkshake that gives an amazing glow to our skin and hair if consumed regularly.

For the facepack, blend one sapota along with 1 tbsp of milk powder and 1/2 tsp of cocoa powder into a paste and apply as a face pack. This face pack conditions even the most dry and damaged skin.

A simple healthy dessert can be made by layering homemade yoghurt with granola and finely chopped sapota in a tall glass. This is a healthy dessert that is very feeling and nutritious. 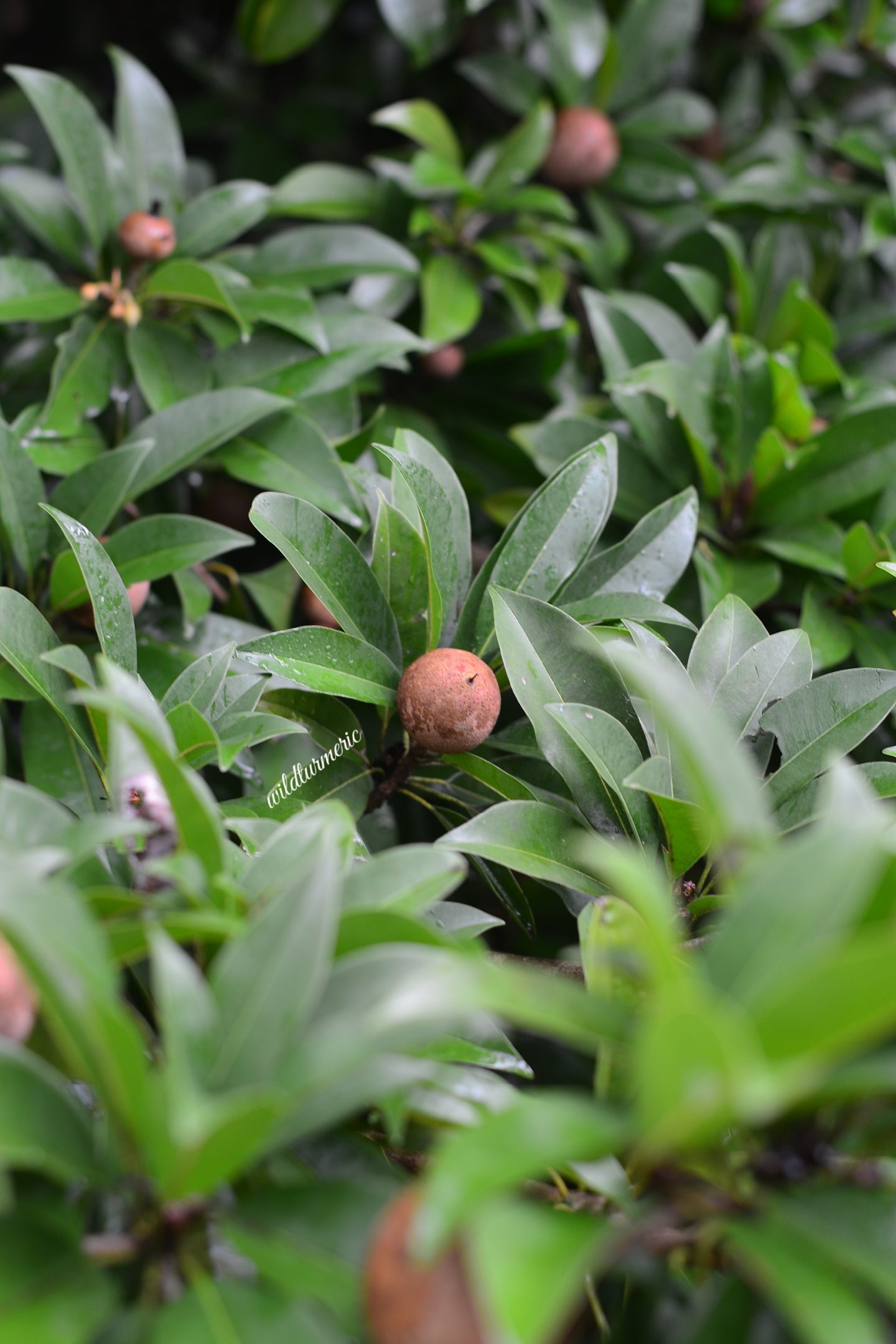