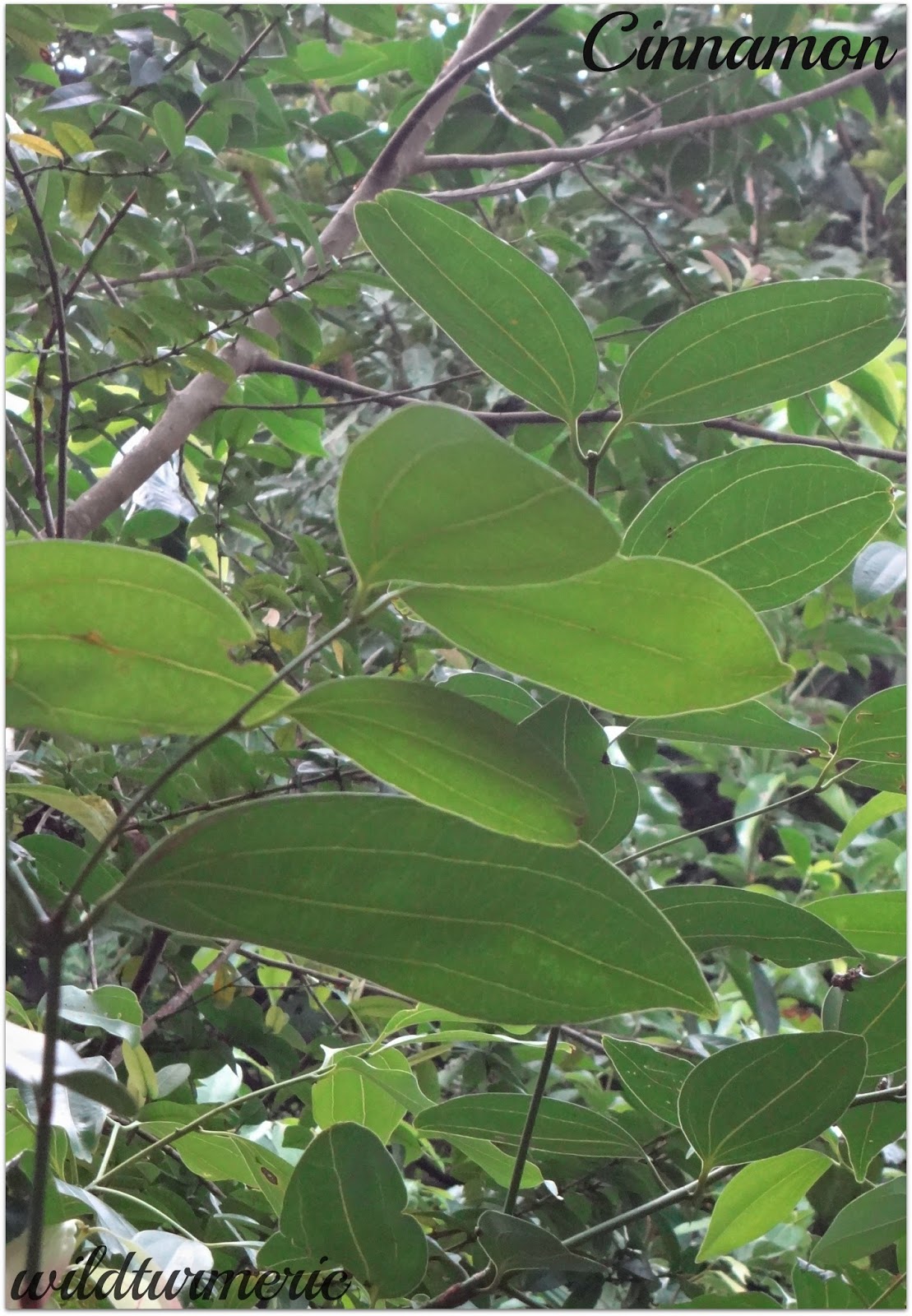 I spent the last 10 days in Sri Lanka and it was a welcome change, we enjoyed the beautiful beaches, their wonderful cuisine and the amazing Buddhist temples. Since ours is a family of forest lovers, we also enjoyed the very scenic wildlife sanctuaries. We also visited a small island called cinnamon island where they showed us how Ceylon cinnamon bark is cut, prepared and packaged for our daily use, they had also listed the uses of Ceylon cinnamon. It was the first time I became aware of the different cinnamon varieties and the wonders of using Ceylon cinnamon over the regular Chinese cinnamon. I thought I will share what I learnt there so everyone can know about the benefits and how cinnamon bark is cut and dried. Cinnamon is the inner bark of trees belonging to genus cinnamomum. Generally it is called Dalchini in Hindi, pattai in Tamil, Dalchinna Chekka in Telugu, Lavana Patte in Kannada, Darchini in Bengali and Karuvapatta in Malayalam. Though there are many varieties of cinnamon, the two common varieties are Ceylon cinnamon (Cinnamom Zeylanicum (old name) | Cinnamon Verum (new name)) and Chinese cinnamon  (Cinnamomum Cassia). The cinnamon that I saw in Sri Lanka is Ceylon Cinnamon and it is considered the true cinnamon. The main difference between the Ceylon cinnamon and Chinese cinnamon is in the coumarin content, Chinese cinnamon has higher amounts of coumarin which has got blood thinning properties. Cinnamon bark has been used as a medicine from olden days all over the world and here are the benefits of cinnamon: 1. Cinnamon For Skin & Hair: Cinnamon has anti acne properties and it has been proven through research, you can read about the study proving the use here. To use it as a medicine for acne, mix pure cinnamon powder with yogurt or milk and apply on the face. Most people (my skin burns too) will experience burning sensation when applying the paste on the face which is normal. If you experience unbearable burning sensation, I would suggest mixing cinnamon oil with a carrier oil and using it instead of the pack. Cinnamon can also used for lightening hair when mixed together with chamomile tea, you can find the recipe for it here. 2. Cinnamon For Diabetes: Cinnamon powder has been recommended for people with type 2 diabetes and this traditional use has been proven to be very effective thorough clinical research, you can read about the study here. 3. Cinnamon For Cholesterol: Cinnamon also has cholesterol reducing properties which is also clearly proven through research in the above study given. 4. Cinnamon For Cough & Cold: Cinnamon powder mixed with honey is a good home remedy for cough. The decoction made by boiling cinnamon in water and mixed with honey is very soothing when had during cold and cough. 5. Cinnamon For Weight Loss: Since it reduces cholesterol and helps maintain stable blood sugar levels it will greatly aid in weight loss when combined together with daily exercise and a good diet. Side Effects Of Cinnamon: Since Chinese cinnamon has got higher amount of coumarin, it should not be taken in a large dose on a regular basis daily else it will affect the kidneys and liver. Ceylon cinnamon is recommended for daily usage as it has negligible amount of coumarin in it. This information shocked me really as some of my own family members are using Chinese cinnamon powder regularly on a daily basis. The main problem is that the manufactures don’t write the type of cinnamon in the packets sold. So how do we find out whether it is Ceylon cinnamon? Ceylon cinnamon has multiple layers, is very fragile and breaks easily into pieces whereas Chinese cinnamon is very hard to break. Ceylon cinnamon also has a mild sweet smell whereas Chinese cinnamon has a more pungent smell. The Chinese cinnamon has a reddish tone whereas Ceylon cinnamon is light brown in color. Next time when you are buying cinnamon look out for these differences. Though it is perfectly safe to use any variety of cinnamon for our cooking, I would suggest using only Ceylon cinnamon powder for daily basis if using it as a medicine.

HOW CEYLON CINNAMON STICKS ARE MADE :

1. The outer rough layer of the cinnamon bark is scraped off. 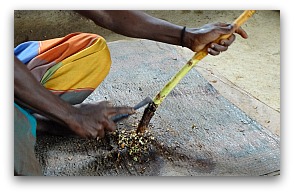 2. It is collected and used as a manure. 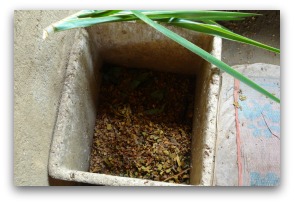 3. This is the middle part… 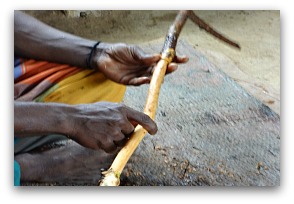 4. The middle part is scraped of using a sharp knife into long curls and the inner most part is used for making tooth picks. 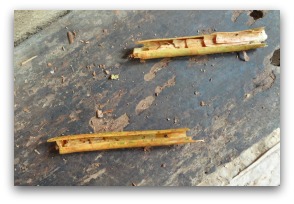 5. The curls are then air dried placed on ropes. 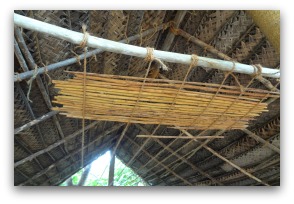 6. Once completely dry, they are packaged and sold… 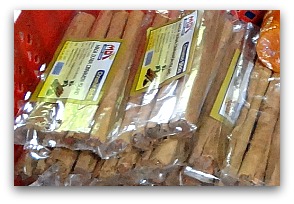 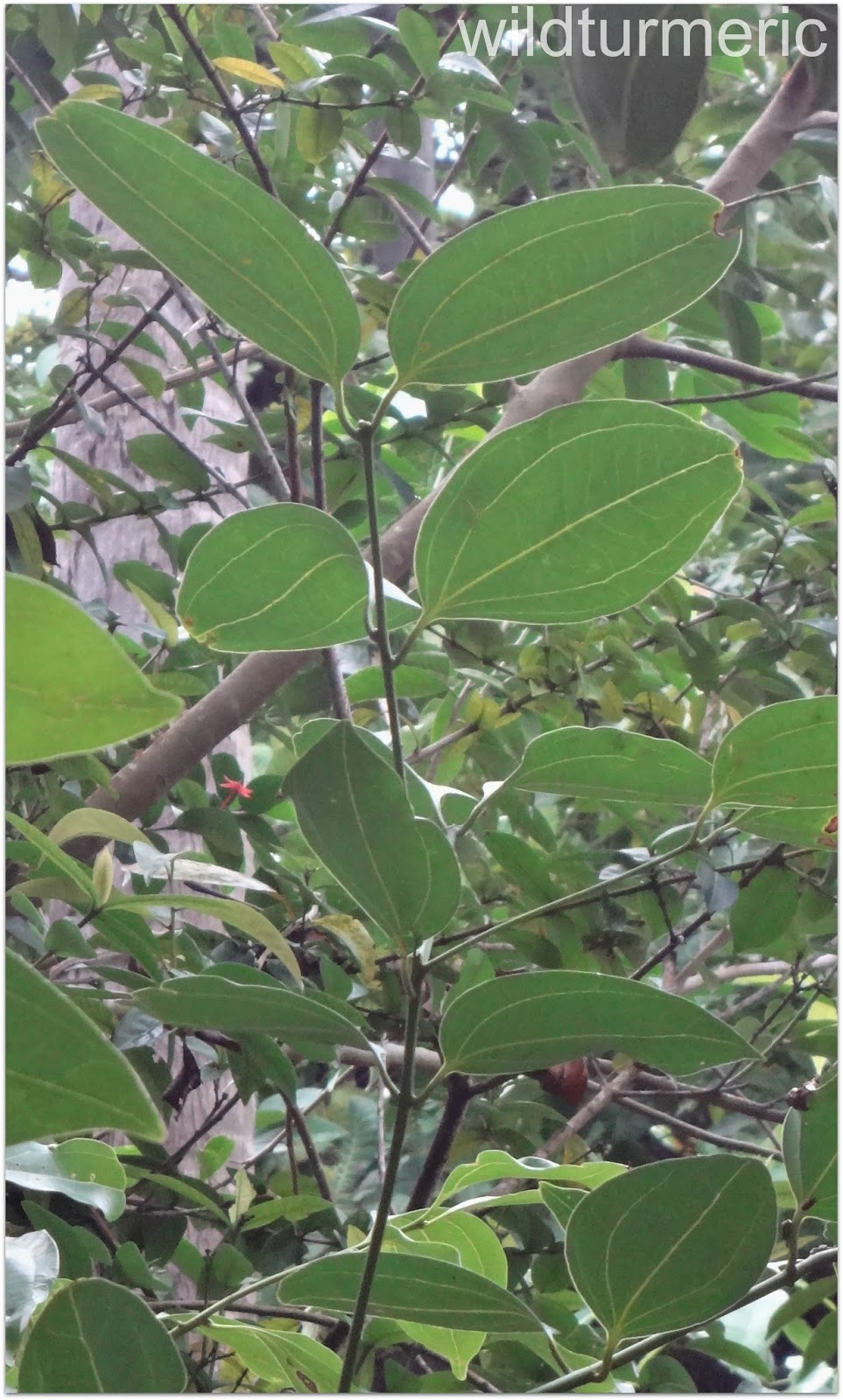